See Gundam The Origin in full color, plus the upcoming special chapter! 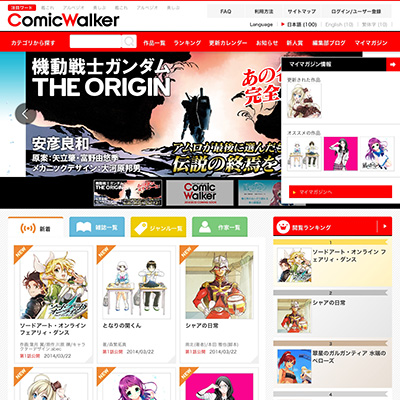 Kadokawa's ComicWalker brings you 200 titles readable anytime, including full colorizations with the latest technology, English- and Chinese-language titles, and the unique functionality of a digital version, all on your smartphone, tablet, or PC.

Get an advance look at Yoshikazu Yasuhiko's "Mobile Suit Gundam The Origin Tokubetsu-hen", or enter the "ComicWalker New Author Prize" or "ComicWalker KanColle Prize" competitions.
Try out the next step in Japanese comics, no longer held back by genre, demographics, or even national boundaries!