The mega beam launcher arm is flexible for extreme posing!

The Hobby Online Shop section of Premium Bandai, Bandai's official online shop, is now taking orders for the "HGUC 1/144 ReZEL (Defenser B Unit)". The kit will ship in January 2013 at a price of ¥2,730. 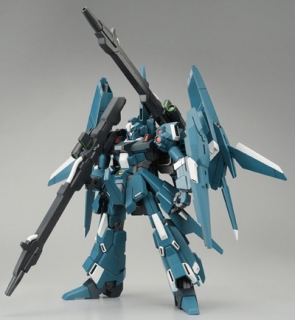 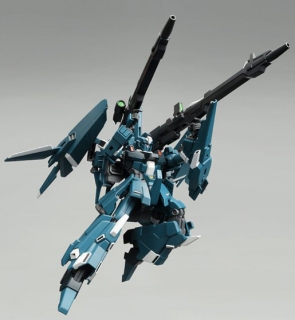 The mega beam launcher's arm is flexible for extreme posing, and special manipulator parts are included for a two-fisted brandish. Both MS and waverider forms, transformable with the replacement of a few parts, are well-proportioned and steadily-balanced.
Molded in its MSV colors, the kit also includes Londo Bell and E.F.F. insignia markings.