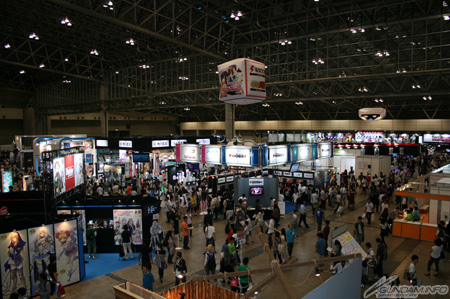 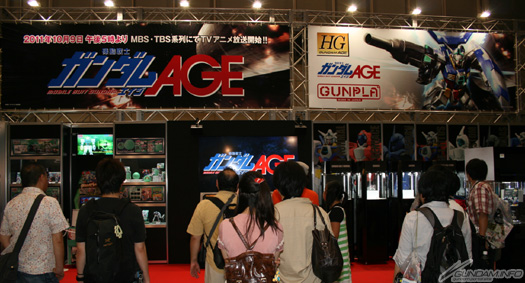 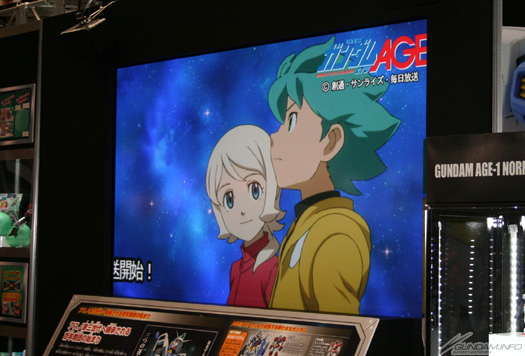 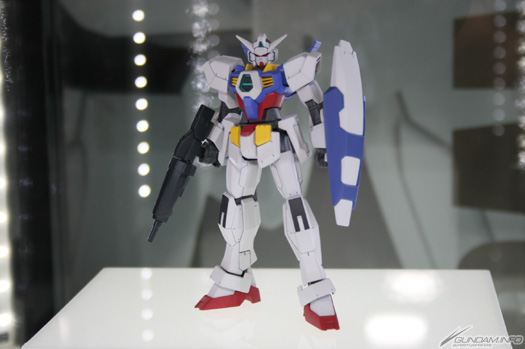 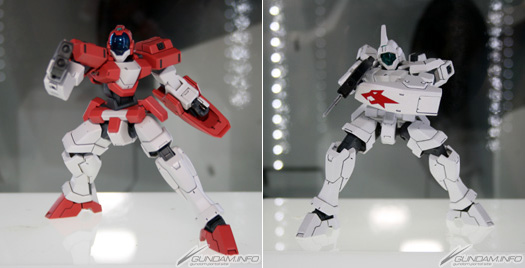 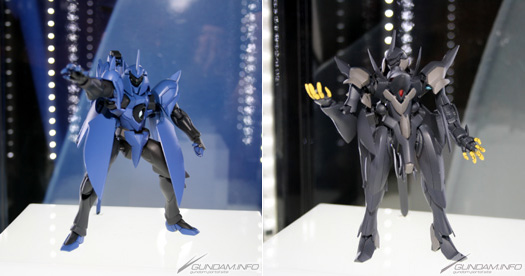 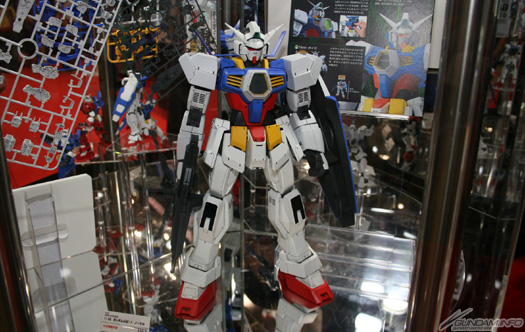 The Advanced Grade kits were on display with their packages. 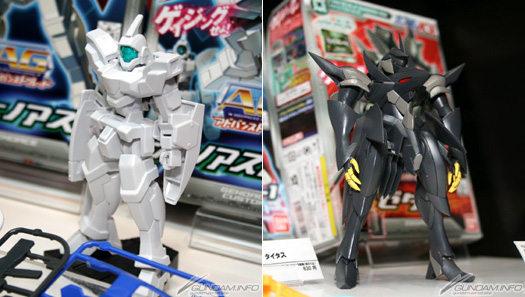 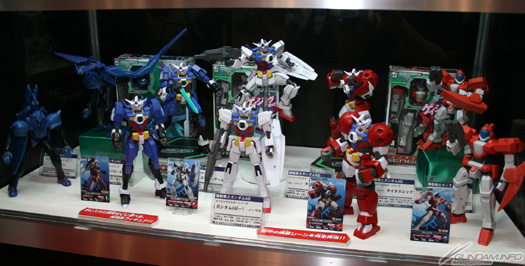 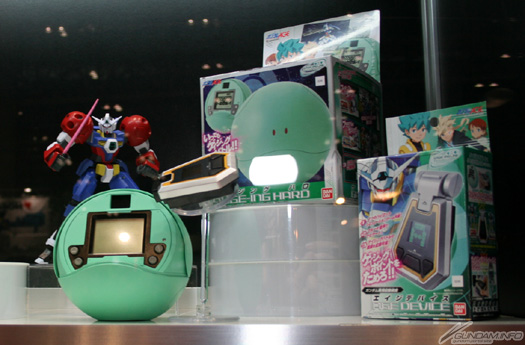 Using the Age Device and Gage-ing Haro, you too can enjoy Gage-ing! 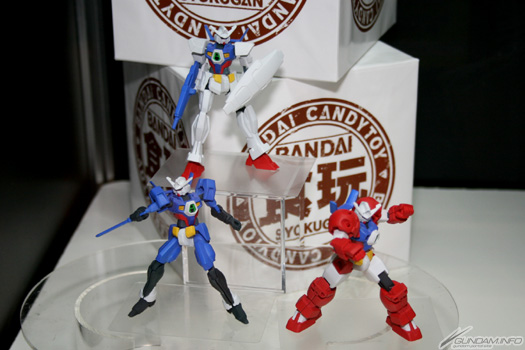 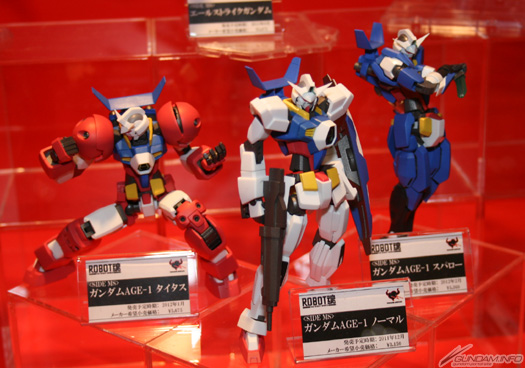 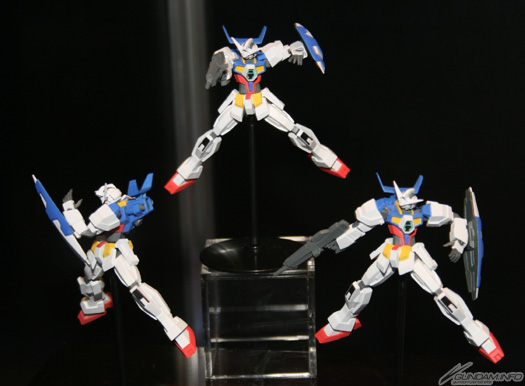 ■ MS Frontier 01 November / ¥400
A new Gashapon series with a focus on proportions and mobility!

■ Gashapon Senshi NEXT 04 October 2011/ ¥200
They're more posable than ever with NEXT joints! The Gafran even transforms! 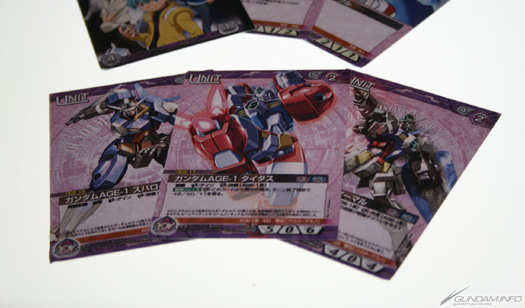 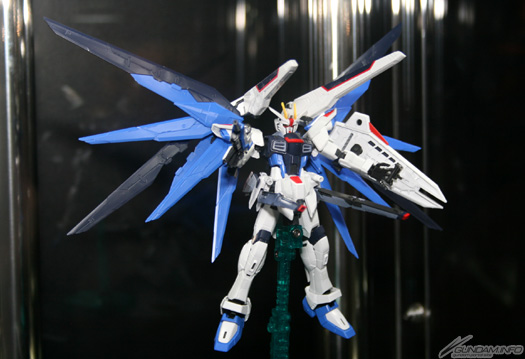 It was displayed in diorama featuring the scene from previous RG commercials. 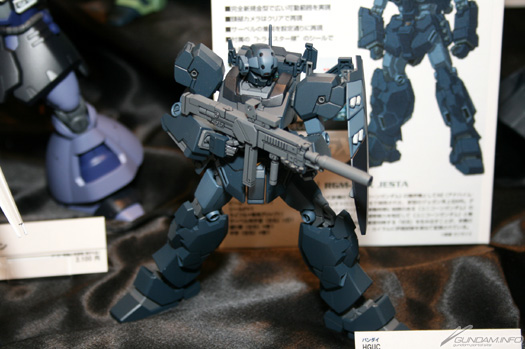 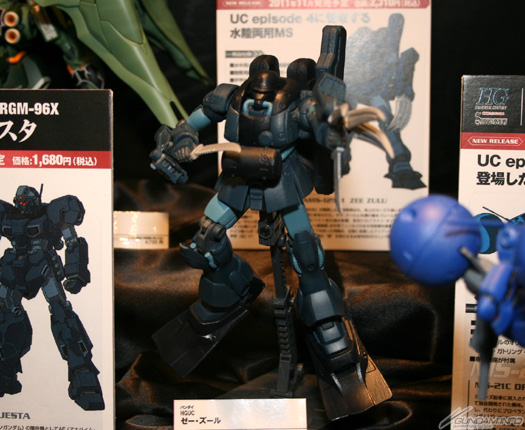 ■ HGCU See Zulu November / ¥2,310
A suit from Mobile Suit Gundam UC episode 4: At the Bottom of the Gravity Well features in HGUC! 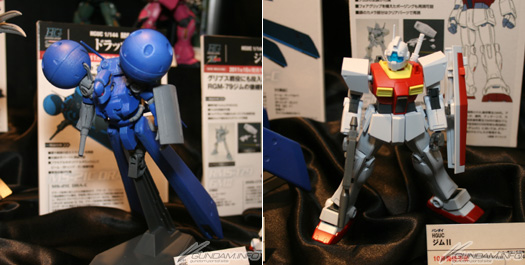 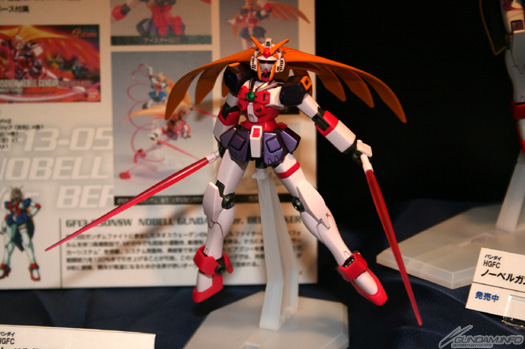 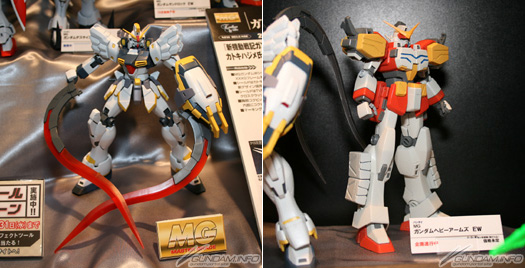 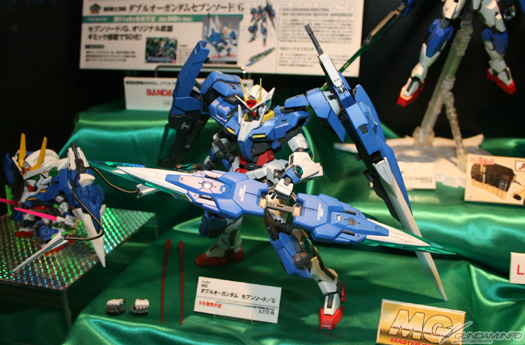 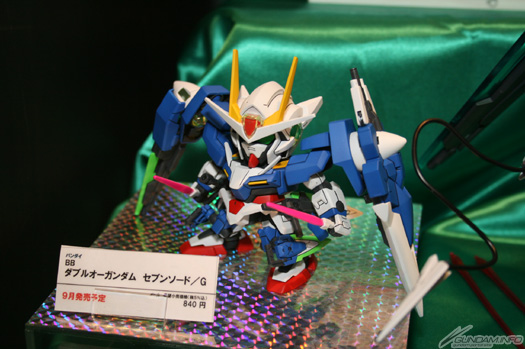 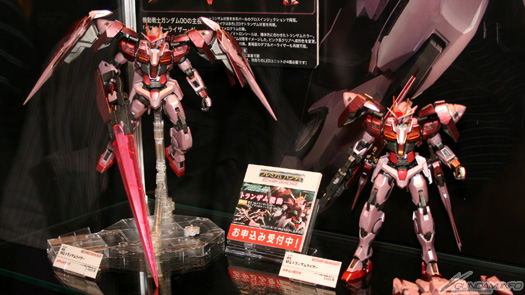 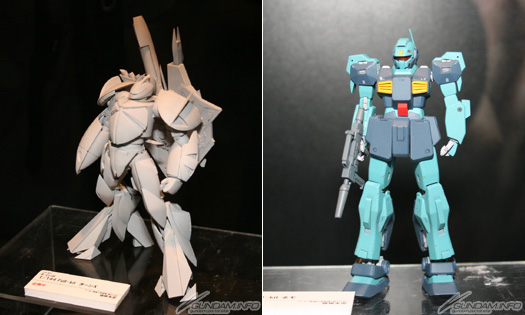 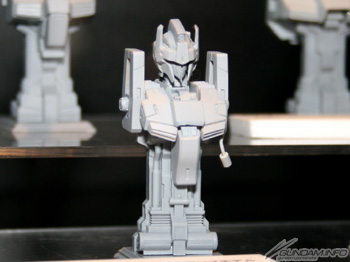 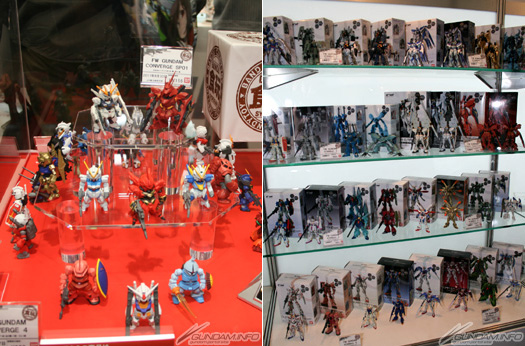 The popular FW Gundam Converge and FW Gundam STANDart were on display, from set 1 to the newest figures! 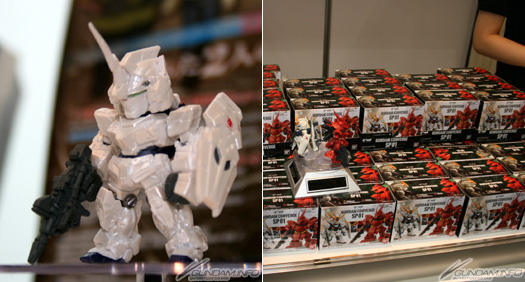 ■ FW Gundam STANDart:11 October / ¥693
Along with the Gundam AGE-1 Normal, bazooka-wielding Gundams and Doms join in! 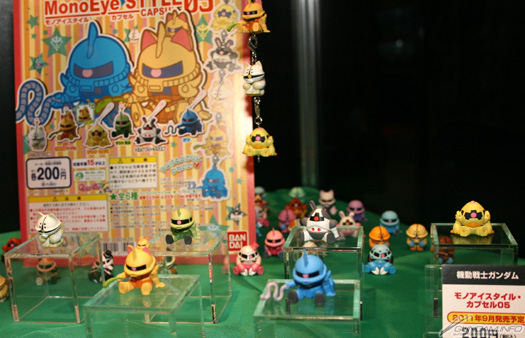 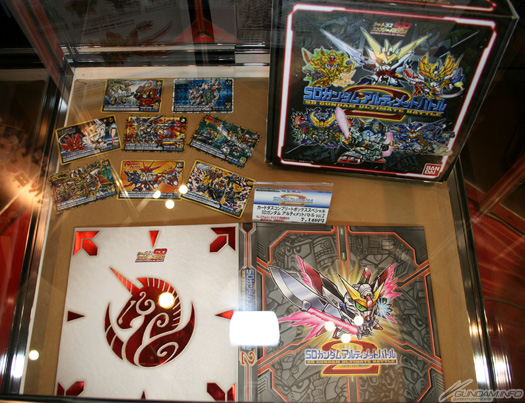