Plus, get promo cards at the 13 The Origin theaters! 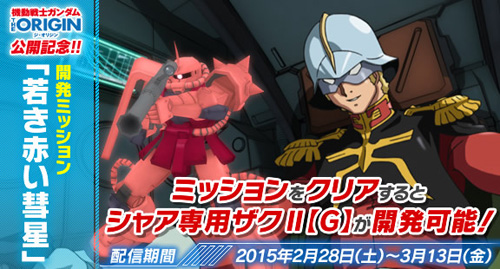 Take on a squadron of Zaku IIs lead by Char Aznable in his own custom mobile suit. Complete the mission, and you'll unlock the "Char's Zaku II [G]" in Build MS mode. The mission will be available through March 13th. 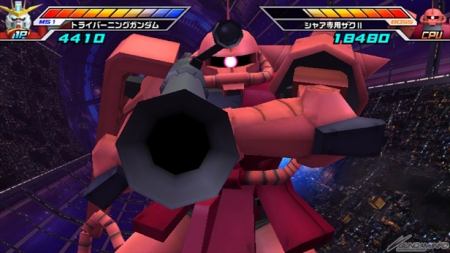 
ｦ Get a Gundam The Origin promo card! 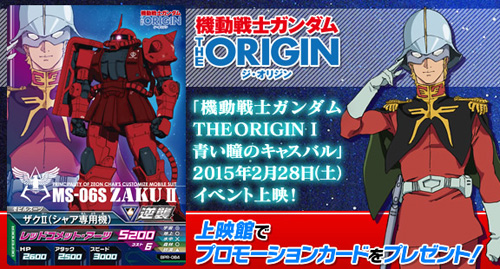 "BPR-084 Zaku II (Char's)" promo cards will be given away at the 13 theaters screening Mobile Suit Gundam The Origin I: Blue-Eyed Casval. Try out The Origin in TryAge before anyone else! 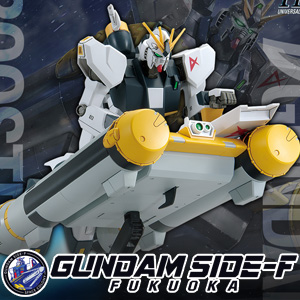 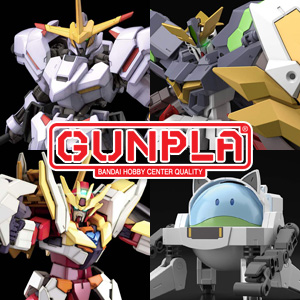 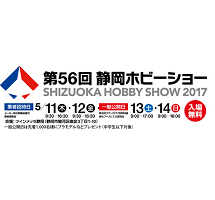