Includes card list for the preconstructed 'Gundam feat. AGE deck', plus a report from the prerelease event! 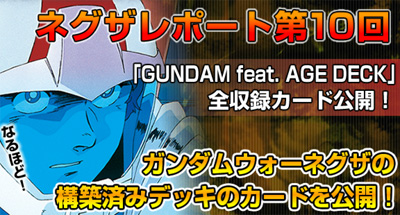 Nex-A Report #10 and a prerelease event report have been posted to the Gundam War site.