All current players get three energy!

To celebrate two month of operation, the game is also giving away three units of energy to everyone who's played!
Don't miss the patch notes!

● Most equipment stats have been adjusted. See the official site for details.

● Quick Match is now restricted to the following room comments:
'Everyone welcome!' 'Let's chill' 'One and done' 'Friend me!'
※ Use Custom Match to find a game if no Quick Matches are available.

● A Block List function has been added.
Rooms will not be displayed in search if you have blocked the host.
Blocked players cannot join rooms you host.
＜To add to the block list＞
・ From profile in room.
・ From XMB™ 'Recent Players' menu.
※ 'Recent Players' can be accessed by pressing the PS button and choosing 'Friends'.
※ Recent teammates are automatically added to the Recent Players list.

● Simple Chat is now usable after the mission ends but before results are displayed.
● The host's name is now marked when in a room.

● Player data can be backed up.
A function has been added to back up player data to the server.
Data can be restored from this backup if damaged.

＜To back up＞
Data will be backed up automatically when returning to the title screen.
※ Server stores the newest player data.
＜To restore＞
Players have the option to restore data when creating a new file.
Data cannot be restored when a file exists.
A short delay exists after updating backup data before it is available for download.
※ A short delay exists after restoring data before it can be restored again.
※ Data cannot be restored immediately after another restoration.

● Common (0-star) drops are now less common, and 1- and 2-star rare drops are slightly more common.
● The color of chat text has been adjusted.
● In the case of a draw, both teams now receive rewards identical to a losing team's.

● Fixed a bug where on-foot knives occasionally inflicted less damage.
※ Knife attacks are now an automatic kill on other pilots.
(Except when HP is increased via medals.)

● Fixed a bug where on-foot flash grenades could not be used immediately after reloading.
● Fixed a bug where decals did not sort properly by name in the Development Room.
● Fixed a typo in the description of the 'SS Emblem' medal.
※ No mechanical adjustments were made to the medal.

● Other errors have been fixed.。


■ To update
The update will automatically be applied when launching the game while signed into the PlayStation® Network.
If you are currently running the game, please exit and then relaunch.


■ Thanks for playing these two months!
To celebrate two month of operation, all current players will received three units of energy.
They're gone September 6th, so don't miss them!

▼ Requirements
Log into Mobile Suit Gundam Battle Operation with an existing account.
※ Account must have created Mobile Suit Gundam Battle Operation before 8/29.
※ Players will automatically receive the reward. It will be relected in the 'Stored Energy' count on the main menu.
※ Available once per file.
※ Not available to new accounts.
Will not be available if not received before the end of the promotion.
※ A typo exists in the in-game promotional description. 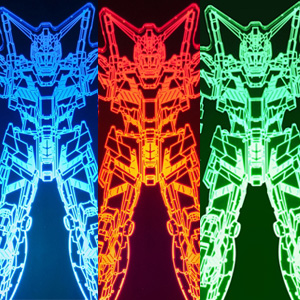