The 54th Shizuoka Hobby Show, one of the world's biggest hobby events, opened May 14th at Shizuoka Twin Messe. Direct from the show, we've got a sneak peek at what's on display at the Bandai booth! 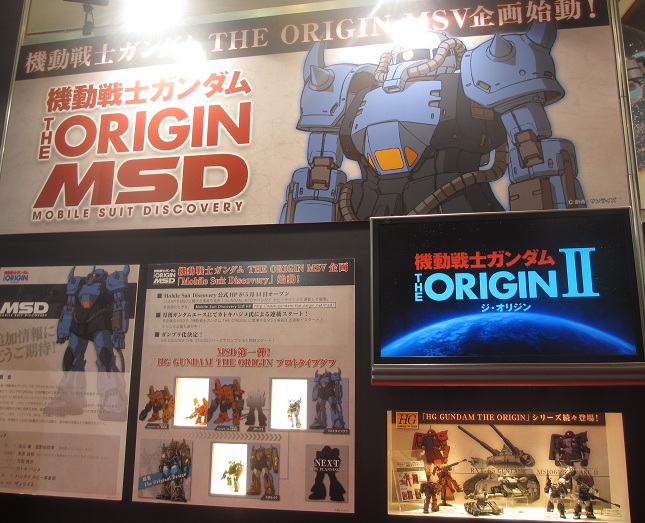 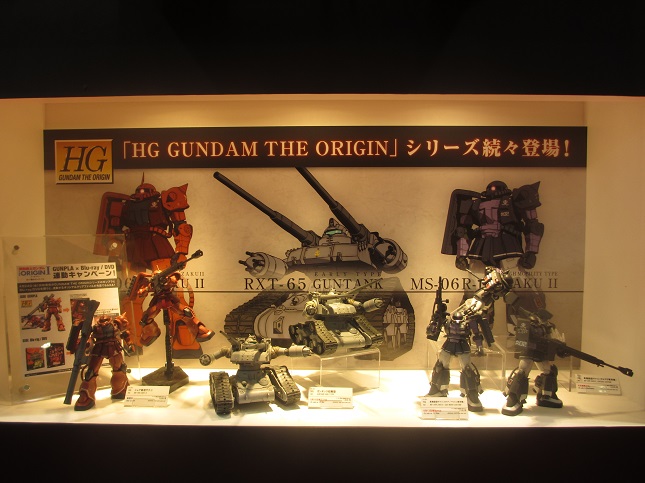 with the first MSD release, the Prototype Gouf, slated to roll out this September. 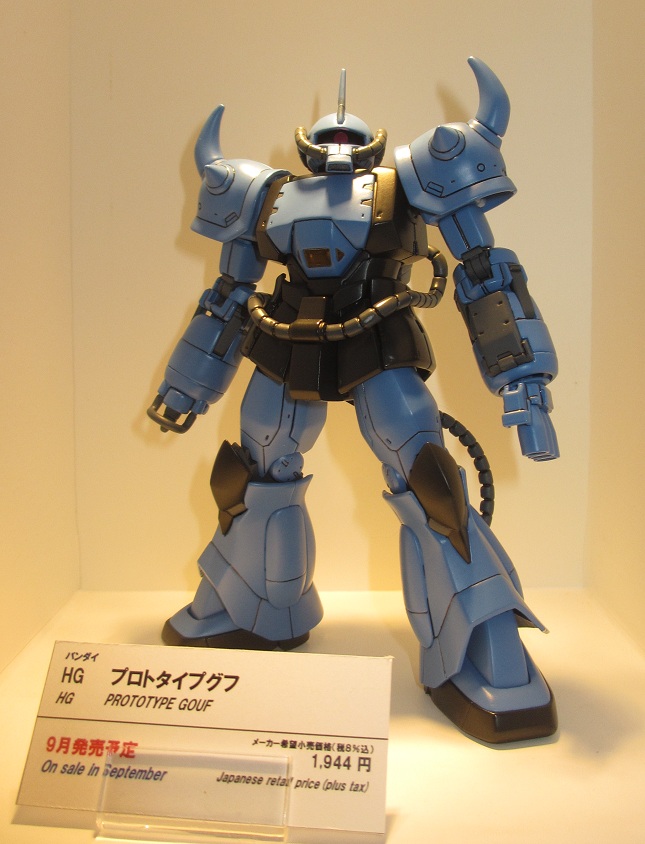 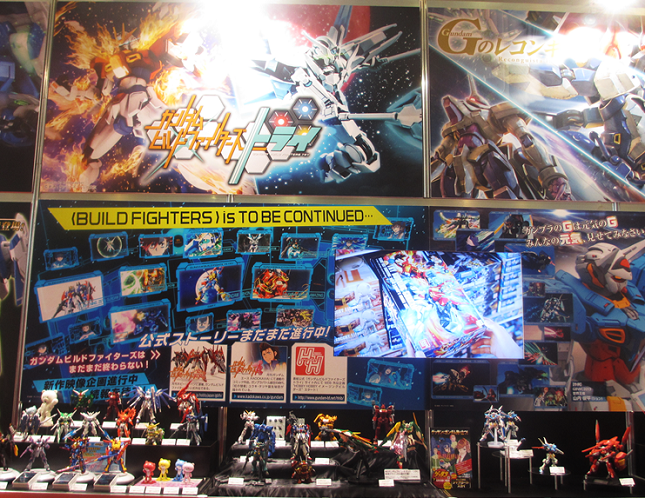 Gundam Build Fighters Try may be over, but fans still can't forget it.
Side stories continue in major hobby magazines, and more GBFT Gunpla are yet to come.
An adorable set of Petit'gguys in four color variations arrives May 15th,
and the fan-favorite Gundam Tryon 3 will assemble from three bestial robots on your workbench! 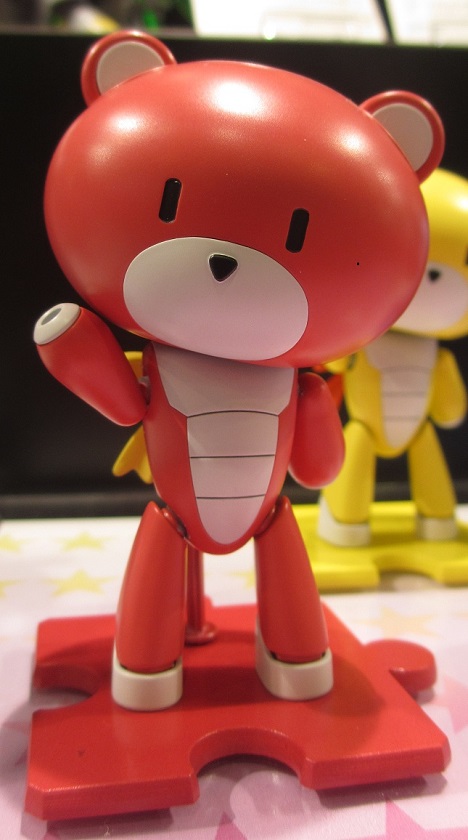 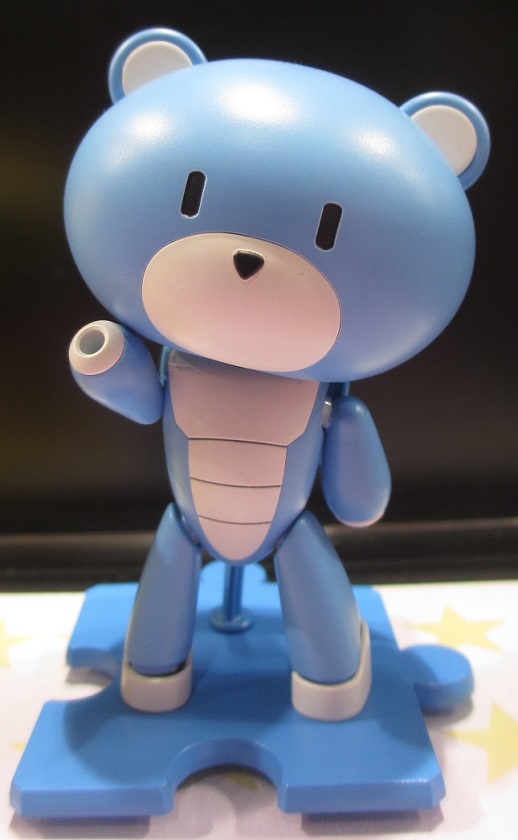 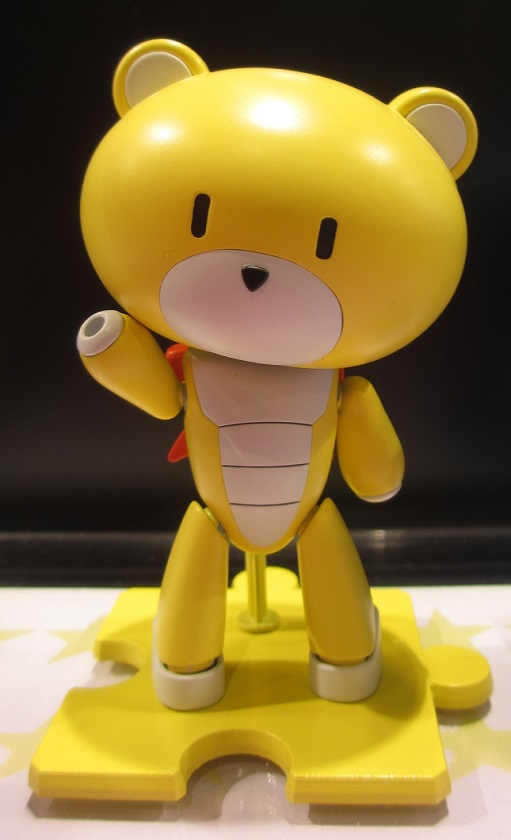 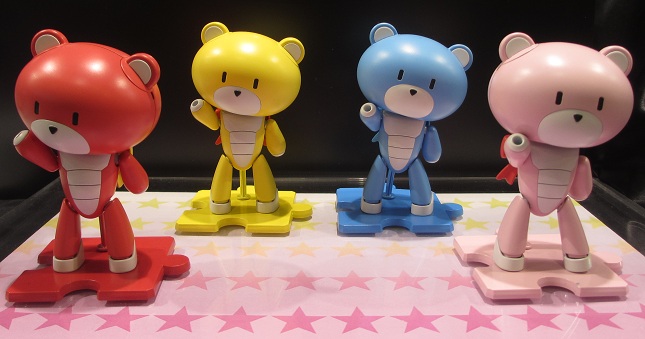 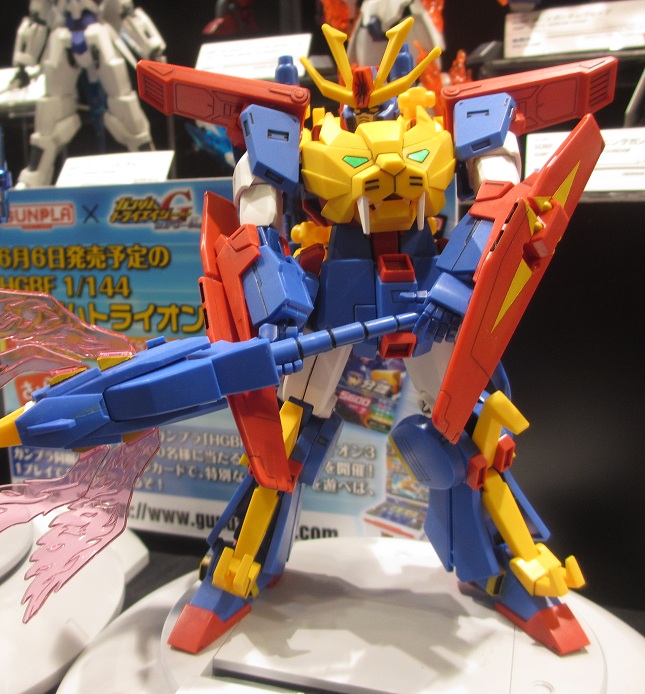 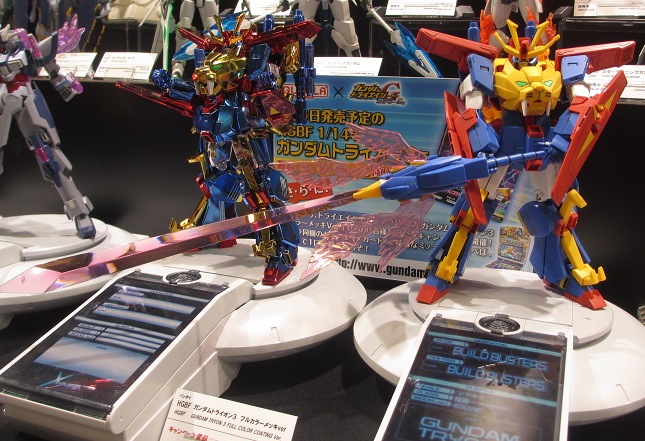 And from Gundam Build Fighters, Ricardo Fellini's own enduringly-popular Gundam Fenice Rinascita enters the MG lineup.
The kit can transform into Bird Mode. 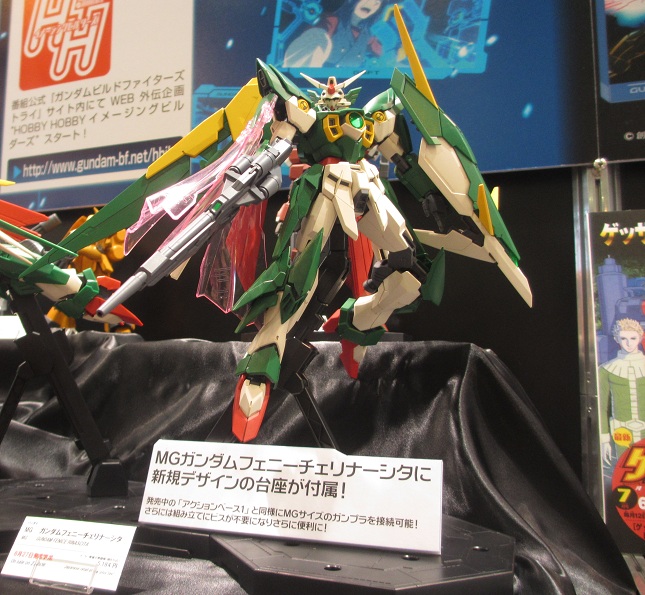 Gundam Reconguista in G adds its own major releases to the Gunpla calendar.
The Dahack, piloted by Klim Nick in the climactic battle, goes on sale May 15th.
The G-Self Perfect Pack, capable of changing modes to replicate the capabilities of each of the G-Self's previous backpacks,
is expected to arrive this August. 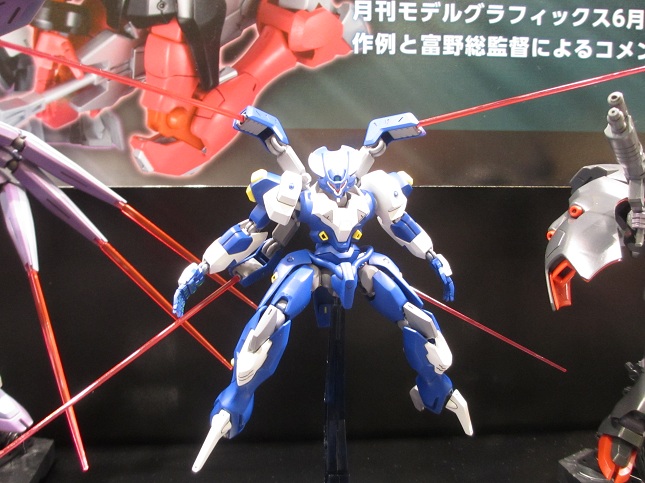 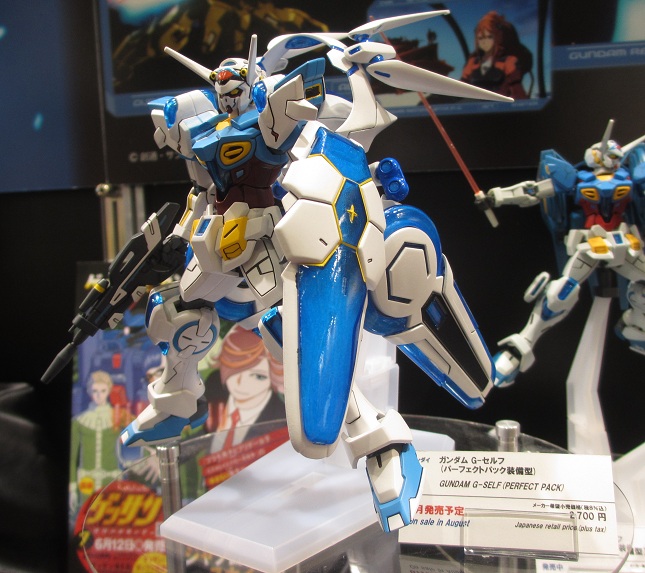 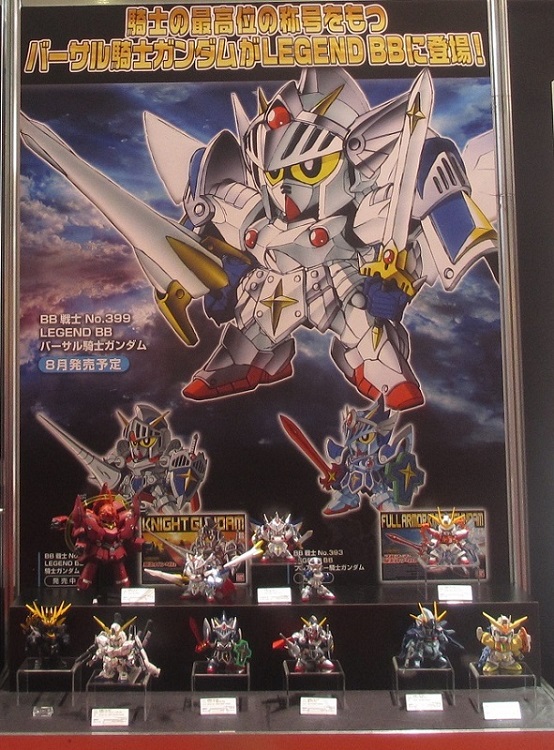 The 399th release in the Legend BB series is the Versal Knight Gundam!
This Gundam, first among the peerage,
is built with all the features you've come to expect from Legend BB. 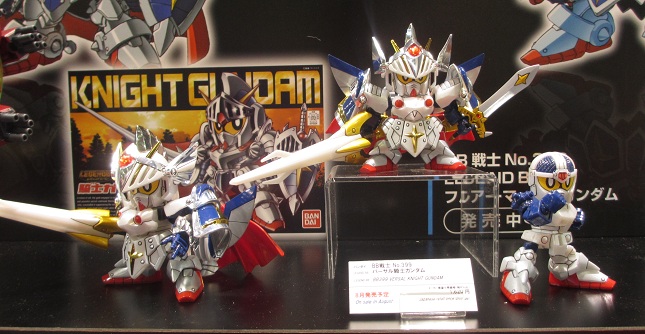 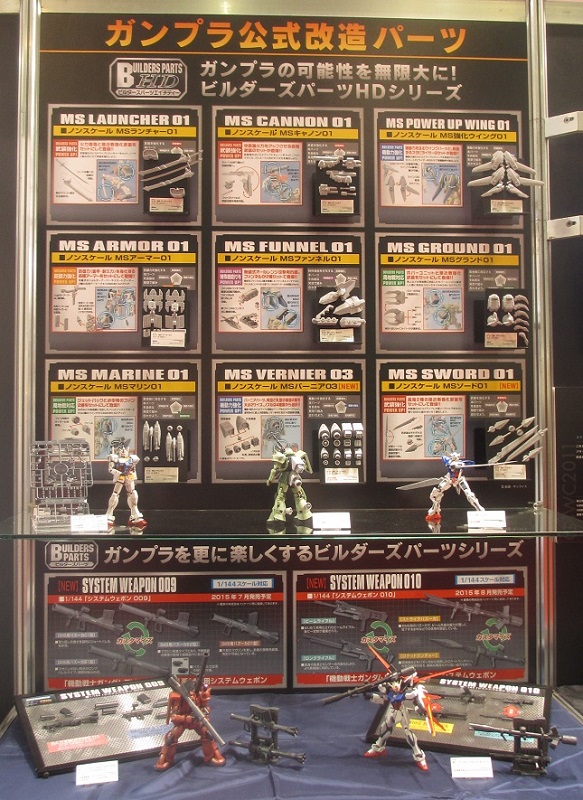 Enjoy your Gunpla even more with three new part sets.

System Weapon 009 is a bazooka designed for HG Gundam The Origin Zaku-derived mobile suits
with a variety of customization options. Build it into one of four designs! 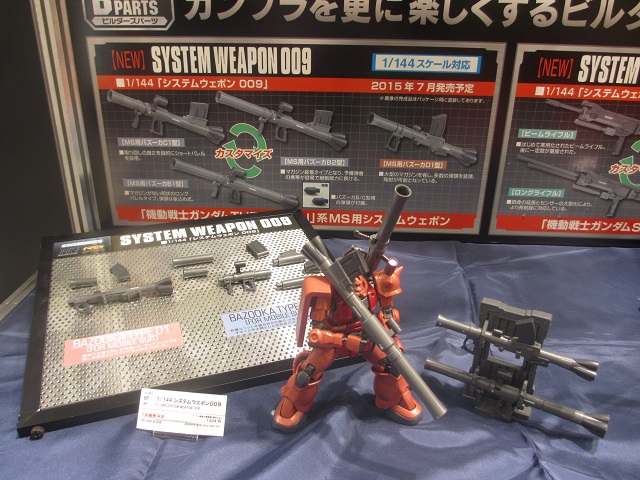 The Builders Parts HD series adds large and small blades in MS Sword 01,
alongside parts for booster customization in MS Vernier 03, on May 23rd. 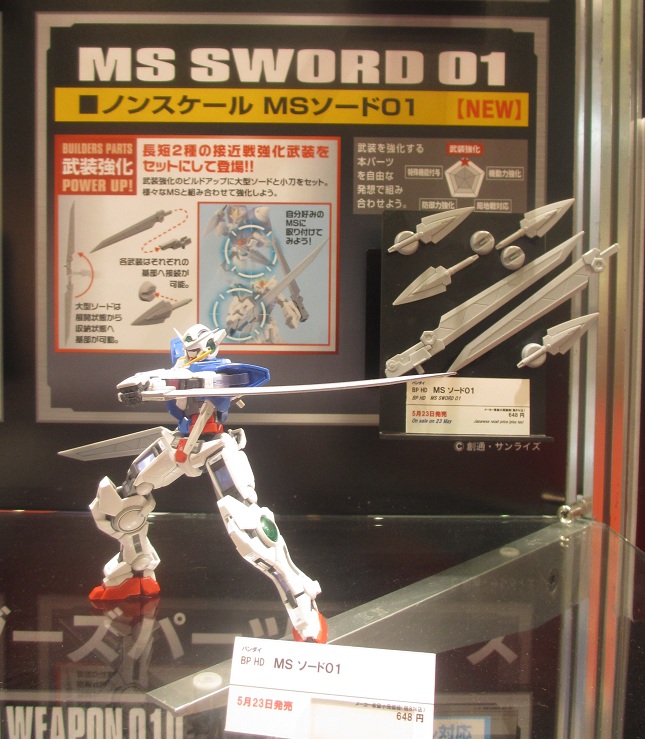 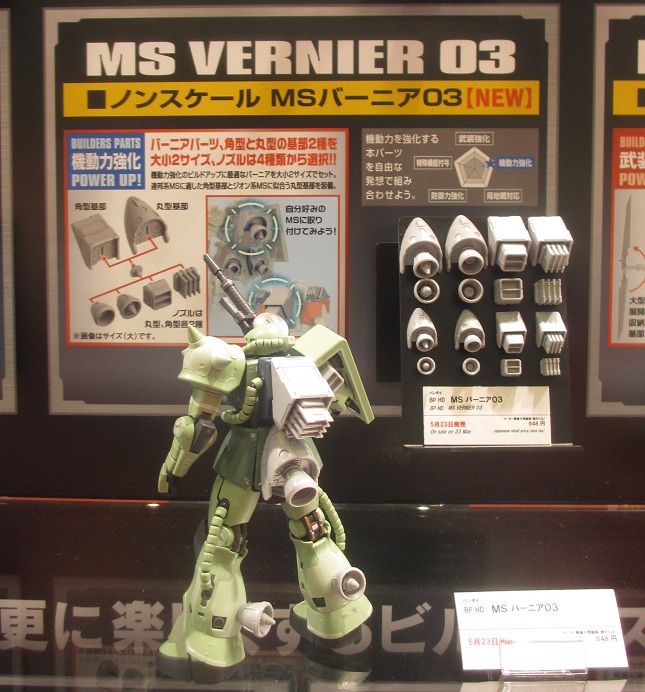 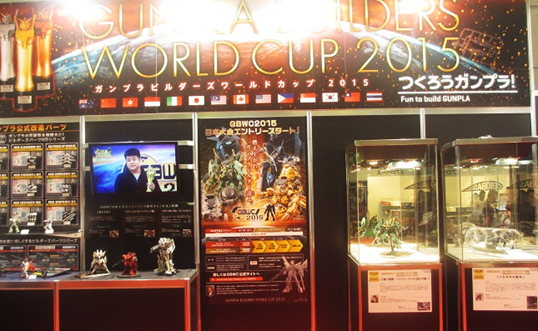 The global Gunpla championship returns in 2015!
Find tournament and entry details for your regionon the GBWC official site.
http://bandai-hobby.net/GBWC/

Who will reach the top in 2015? We're waiting for your entry!