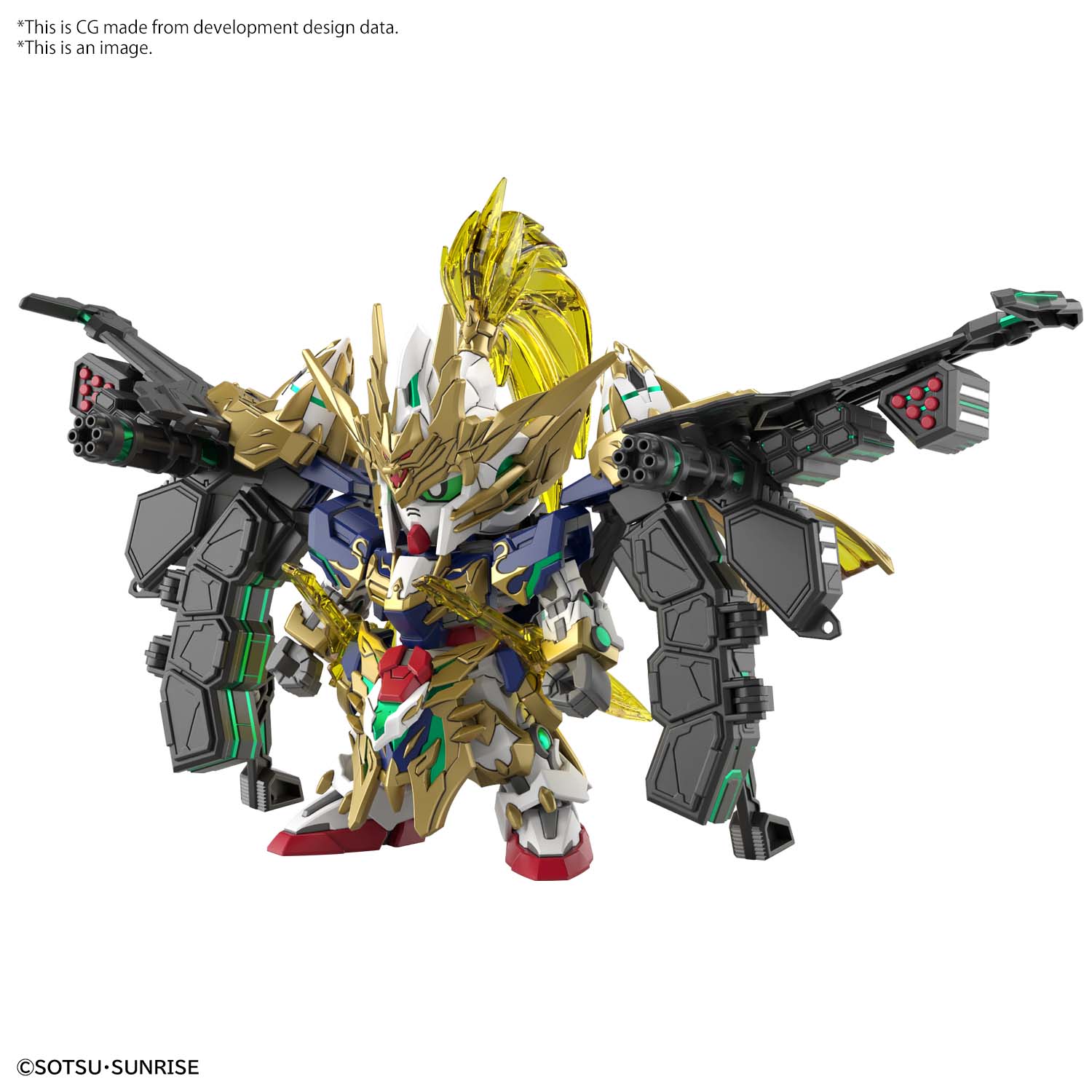 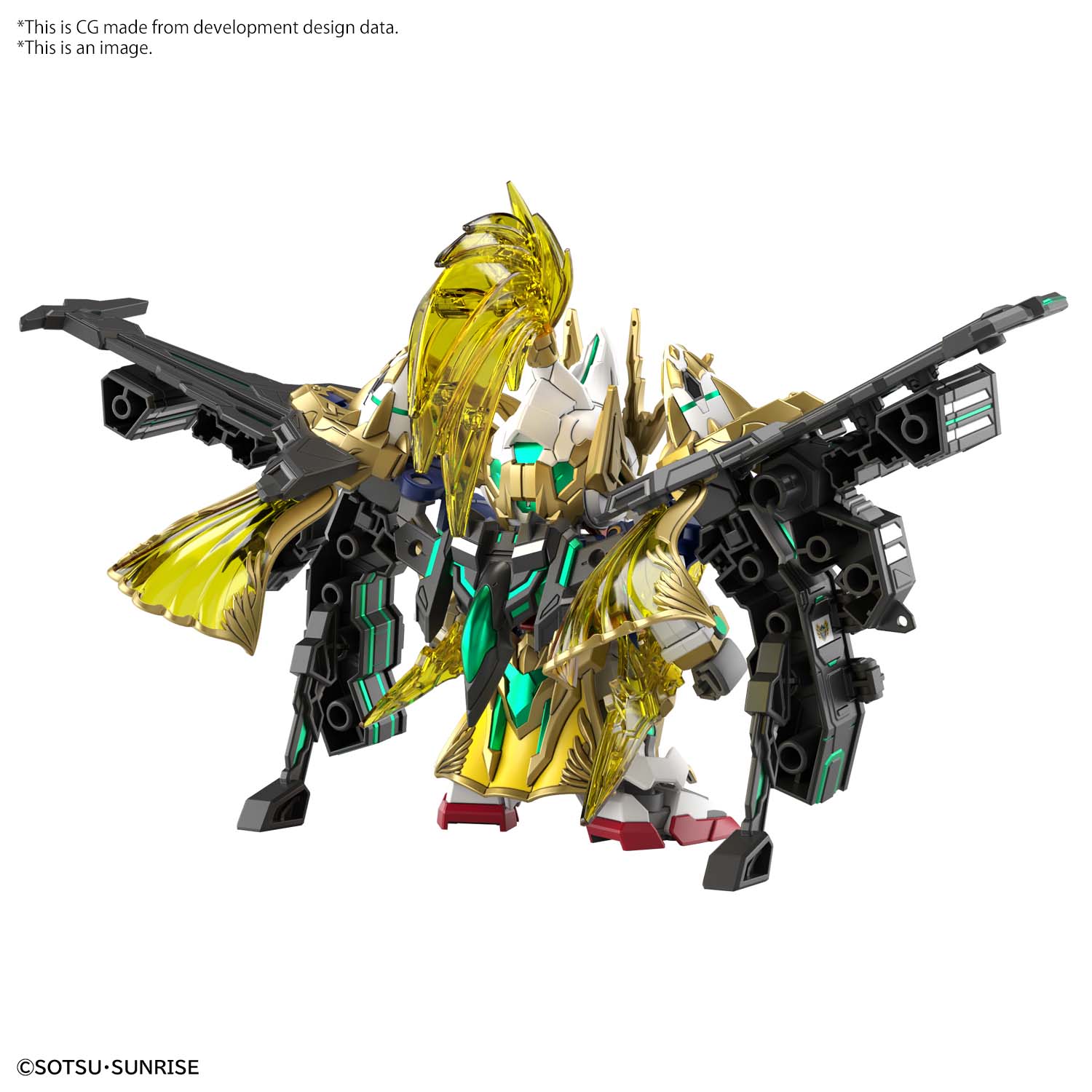 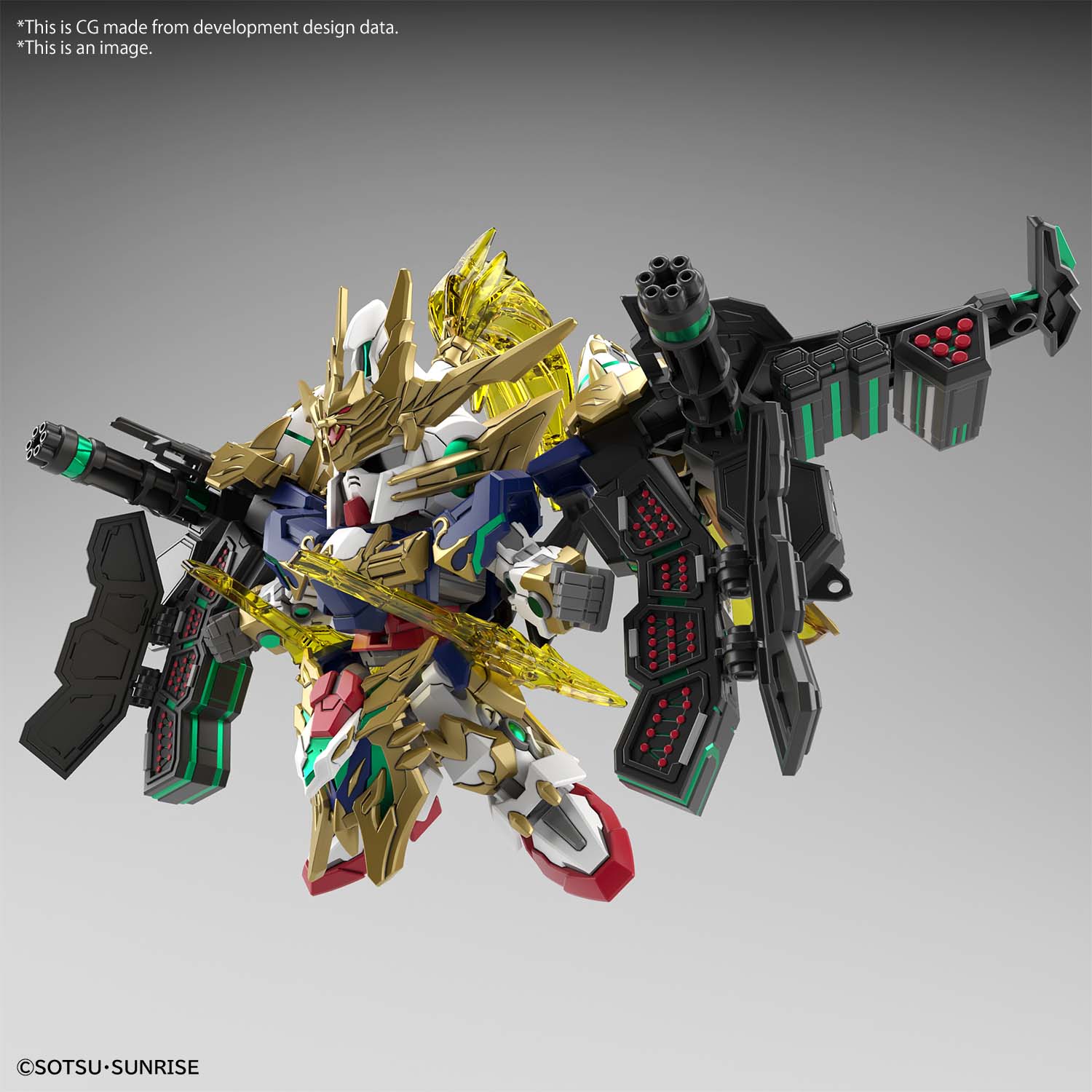 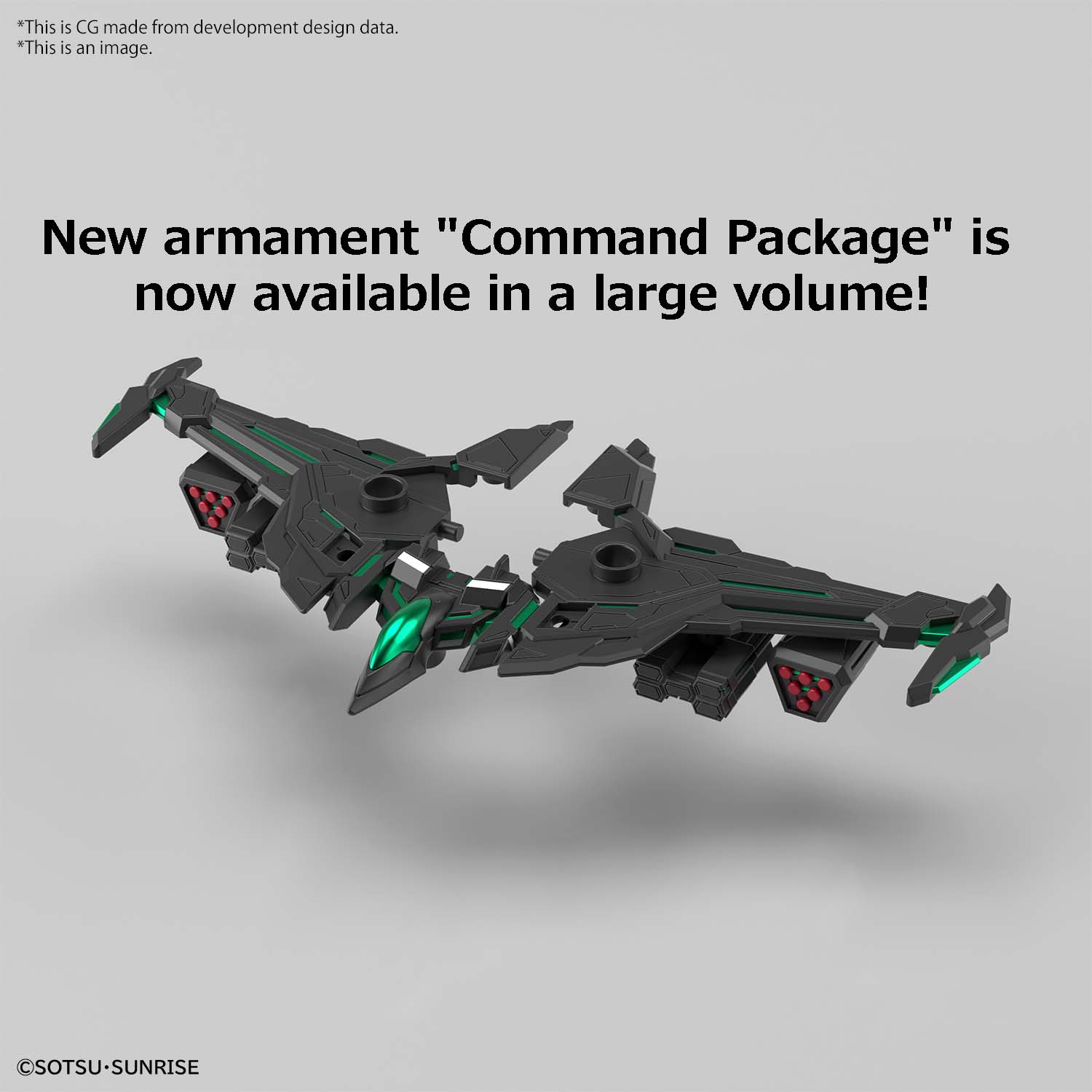 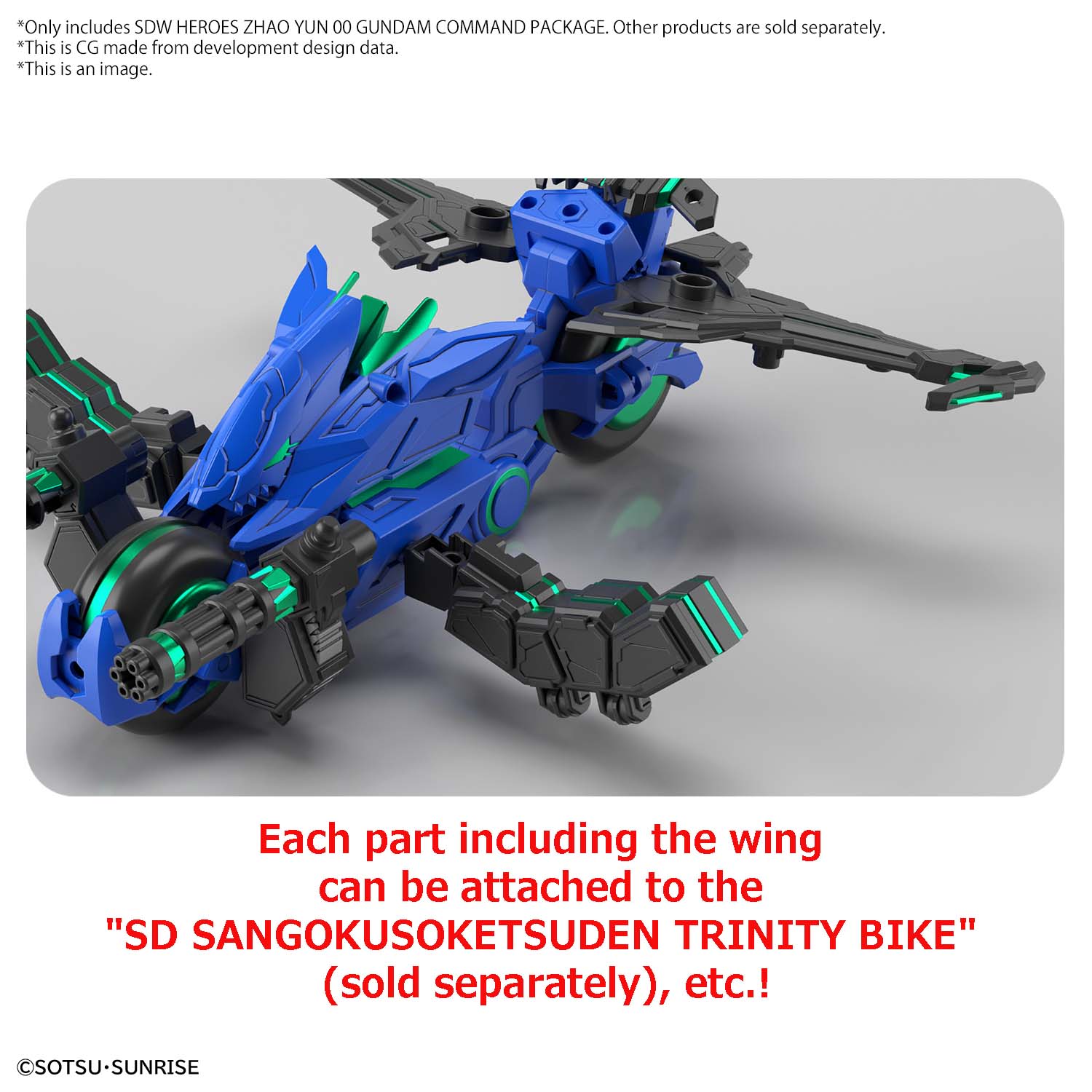 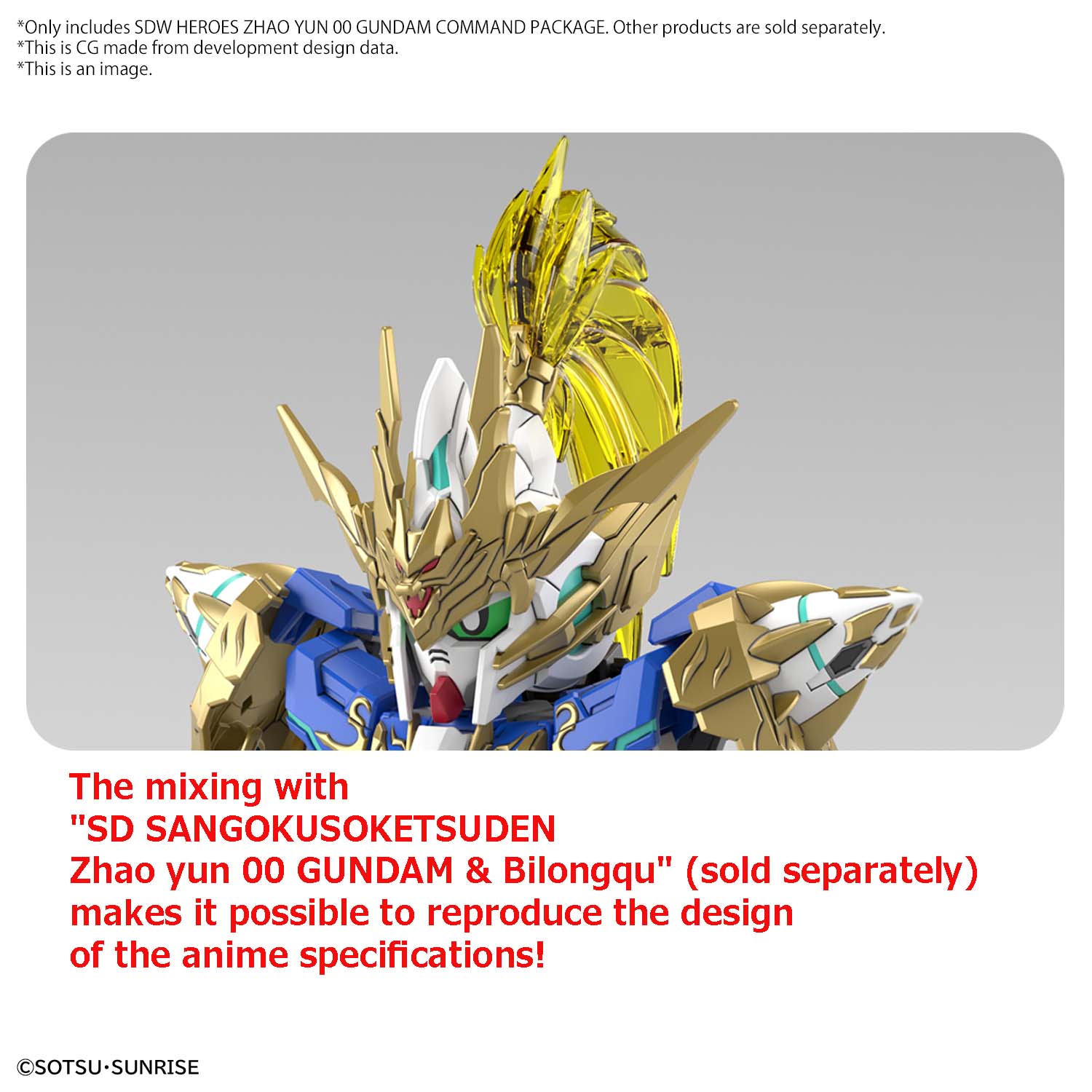 ©SOTSU・SUNRISE
"SD Gundam World Heroes THE LEGEND OF DRAGON KNIGHT" has begun!
A new story after "SD Gundam World Heroes" starts! Zhao Yun is running again in his new form!
■Zhao yun 00 Gundam is coming in his new form!
■The new "Command Package" armament is reproduced in a large volume. Some hatches can be deployed, and each part including the wing is equipped with a common 3mm shaft and many 4mm diameter ball joints. Can be attached to the "SD SANGOKUSOKETSUDEN TRINITY BIKEe" (sold separately) and more!
■The distinctive hair parts are molded in clear yellow. The anime-spec design can be reproduced by mixing with the "SD SANGOKUSOKETSUDEN Zhao yun 00 GUNDAM & Bilongqu" (sold separately)!