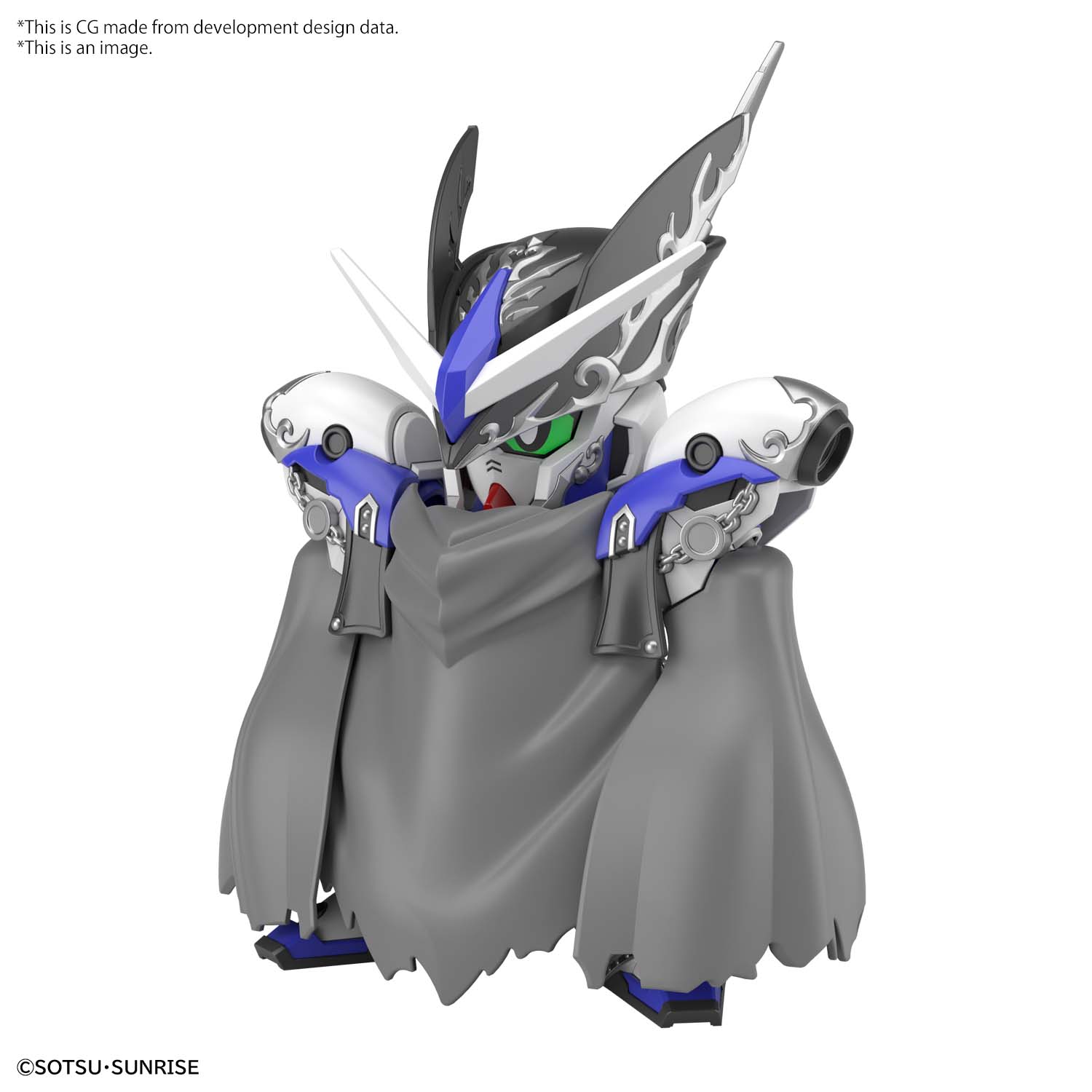 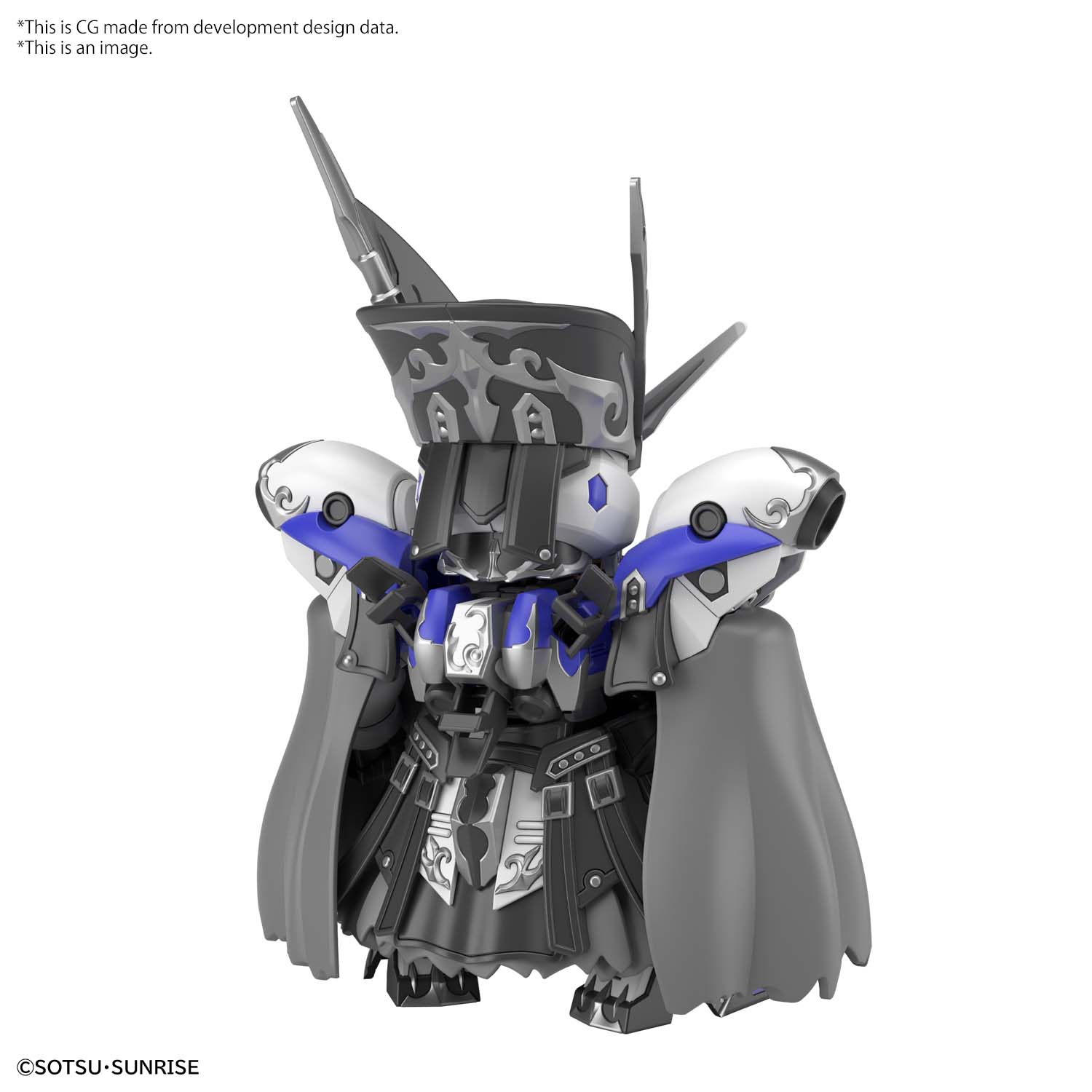 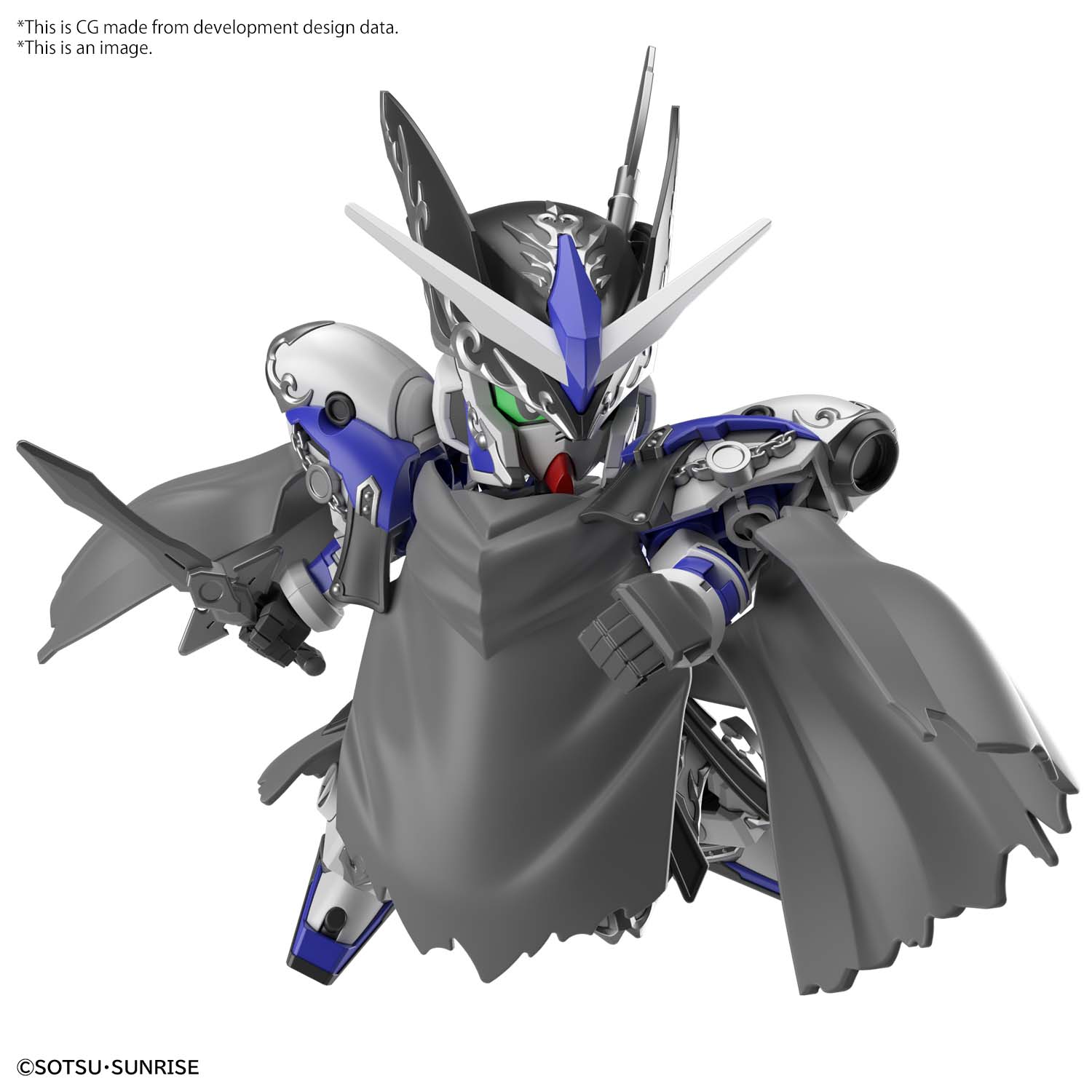 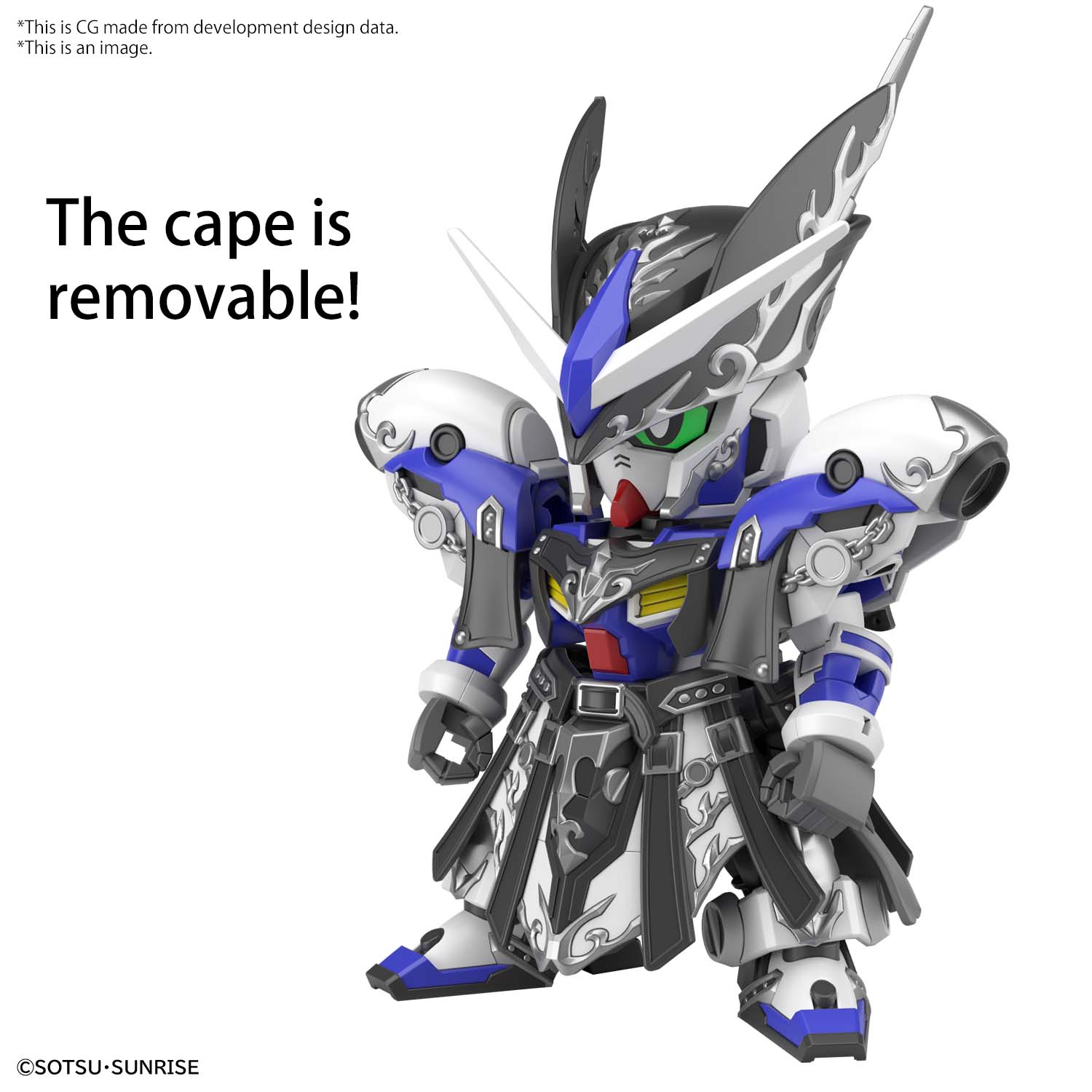 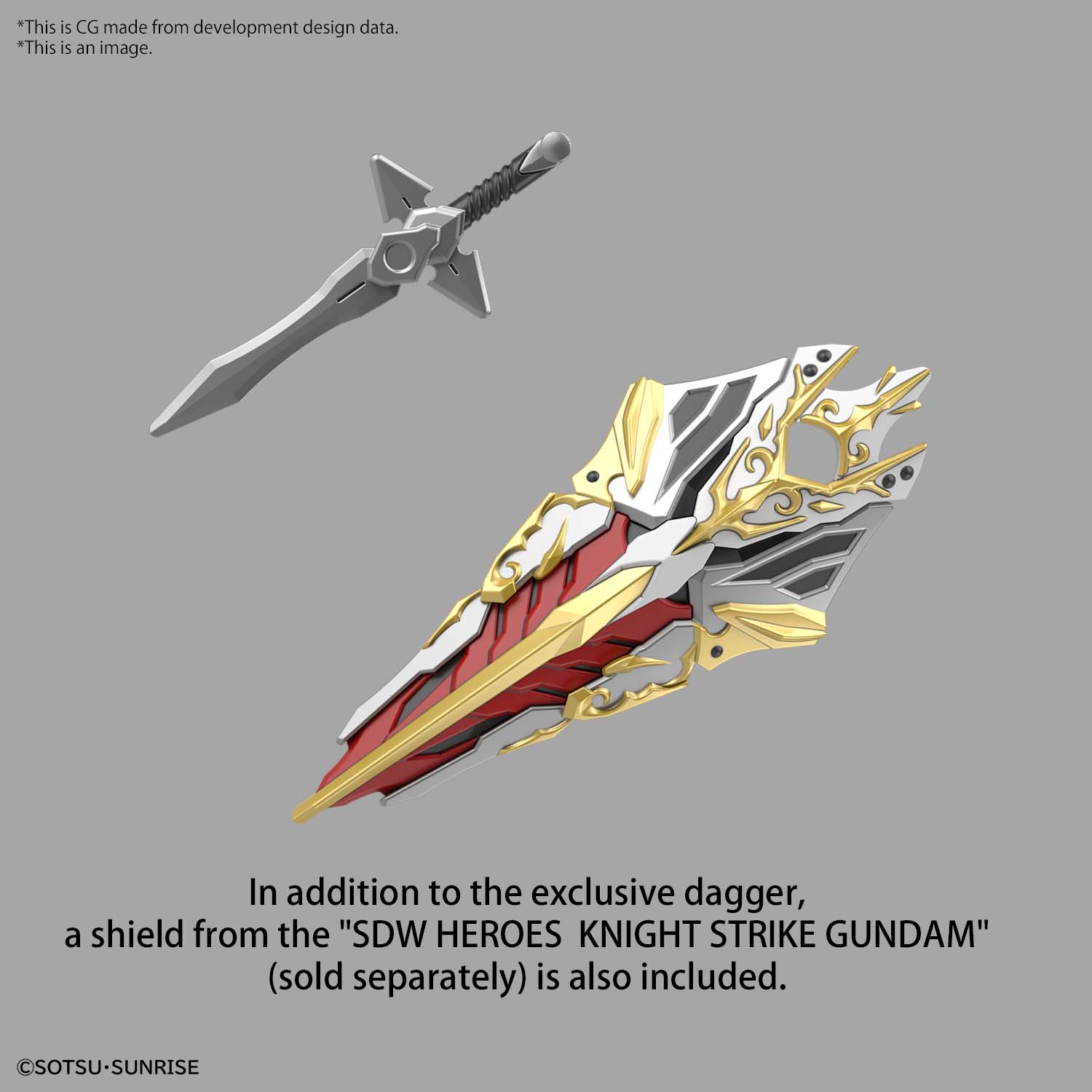 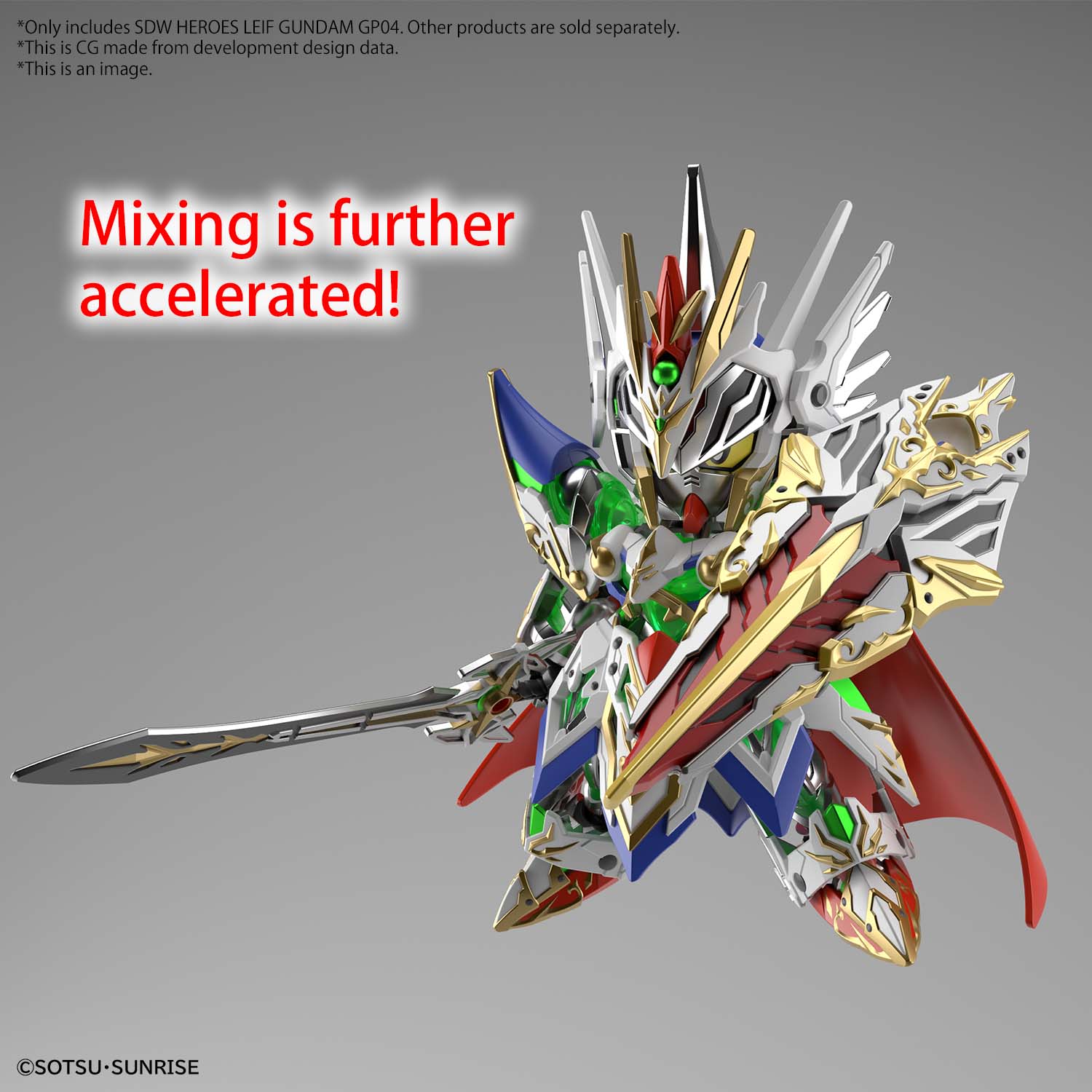 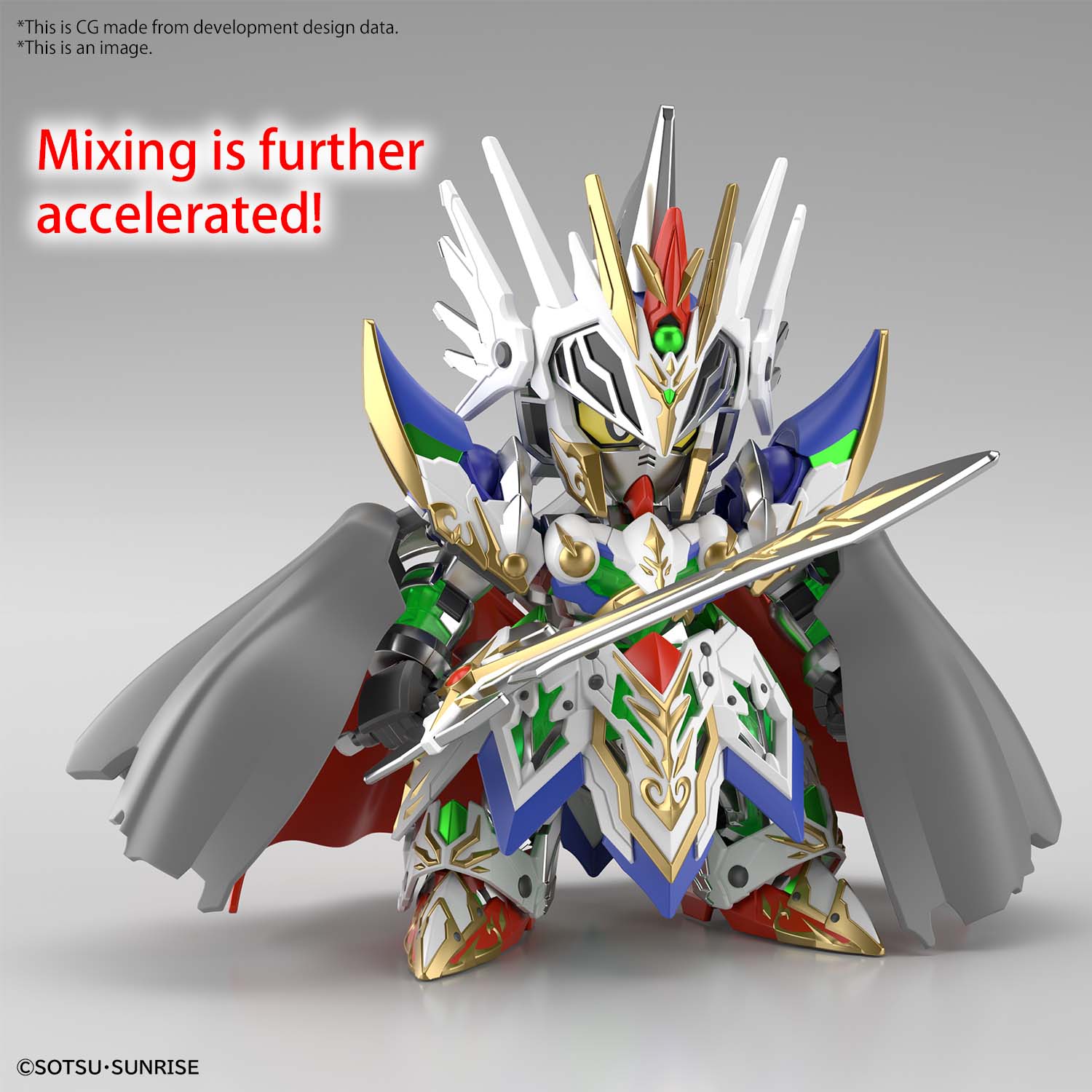 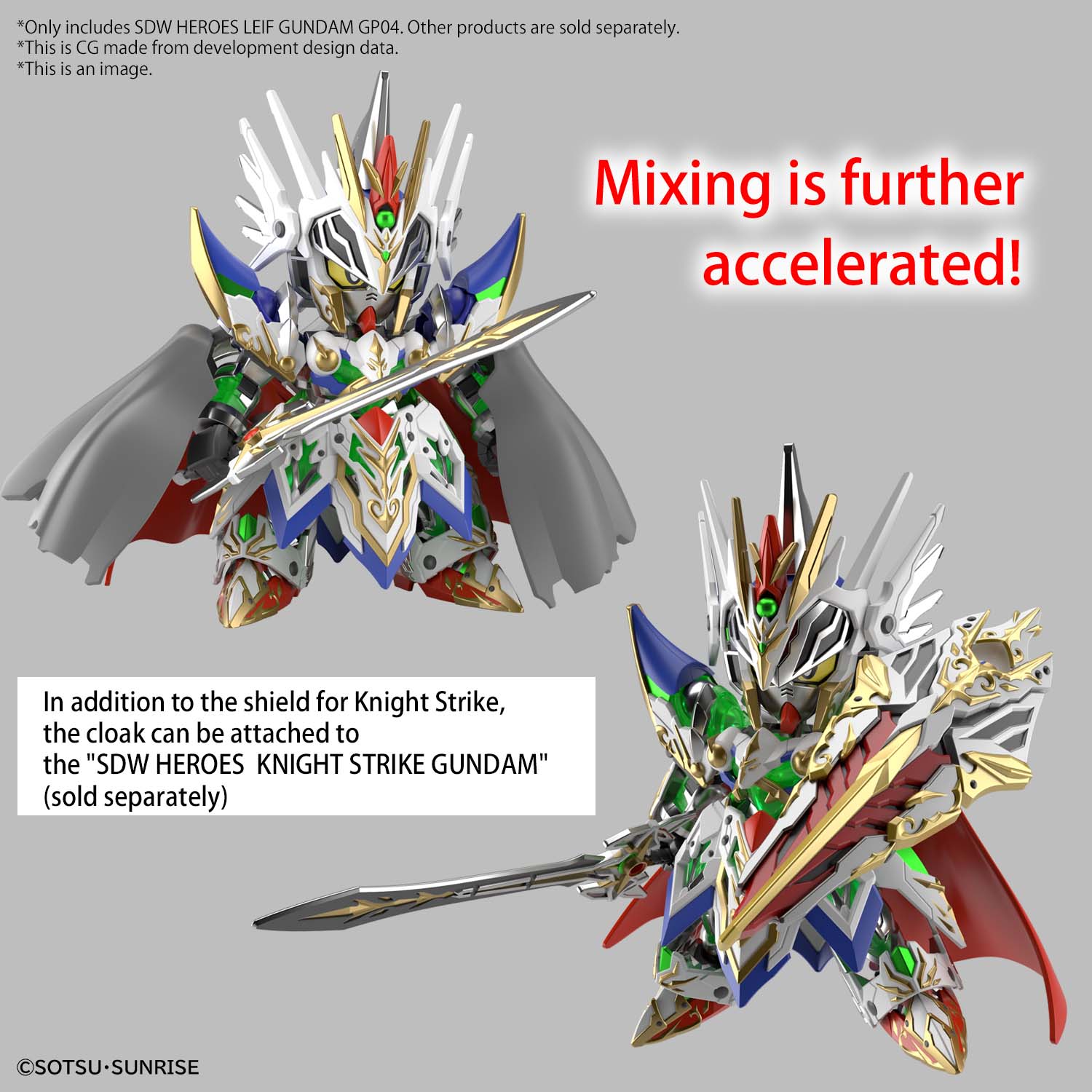 ©SOTSU・SUNRISE
"SD Gundam World Heroes THE LEGEND OF DRAGON KNIGHT" has begun!
A new story after "SD Gundam World Heroes" starts! A new hero with a cape and a silhouette on his shoulders is in the ring!
A new hero with a distinct cloak and silhouette on his shoulders is coming!
■Hero based on the motif of the legendary prototype, GP04.
■The silhouette is completely changed by replacing the cape parts. Form change can be enjoyed.
■In addition to the exclusive dagger, a shield for knight Strike Gundam is also included! Furthermore, by mixing, part of the cape can be attached to the SDW HEROES KNIGHT STRIKE GUNDAM (sold separately)!