The young leader of "Dragon's Watch," a militia group in the Shu Area, and one of the heroes who previously saved Kingdom World from a crisis. Though he is filled with a sense of justice, in some respects he still seems like a restless youth. From previous generations he has inherited a "Haro" that has mysterious powers. Thanks to his meeting with Wukong Impulse Gundam, he throws himself into battle, with the fates of worlds at stake. 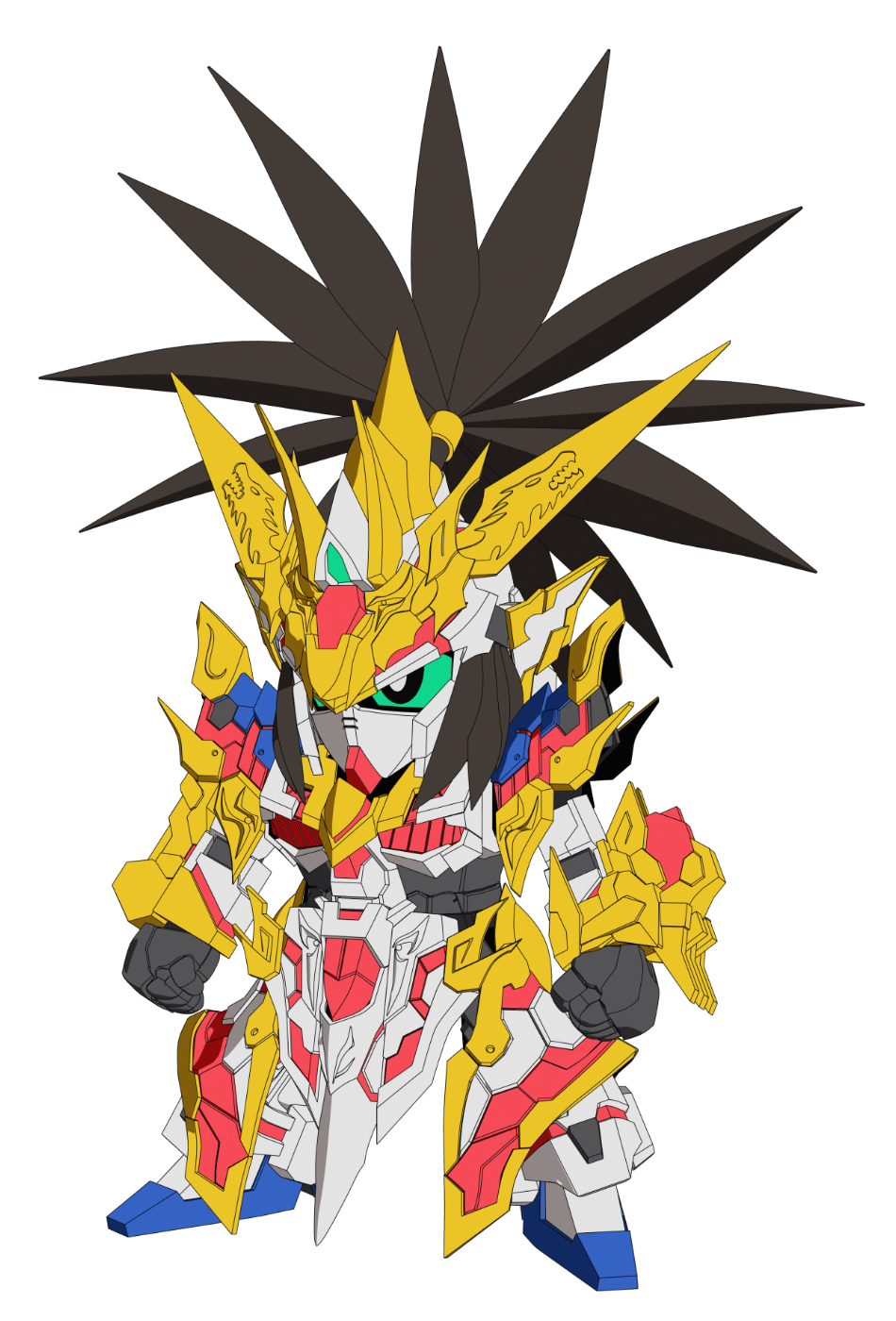 Liu Bei's awakened form, which appears in response to his righteous heart. All his abilities are dramatically increased, but he cannot activate it of his own will, and its operating time is extremely short. 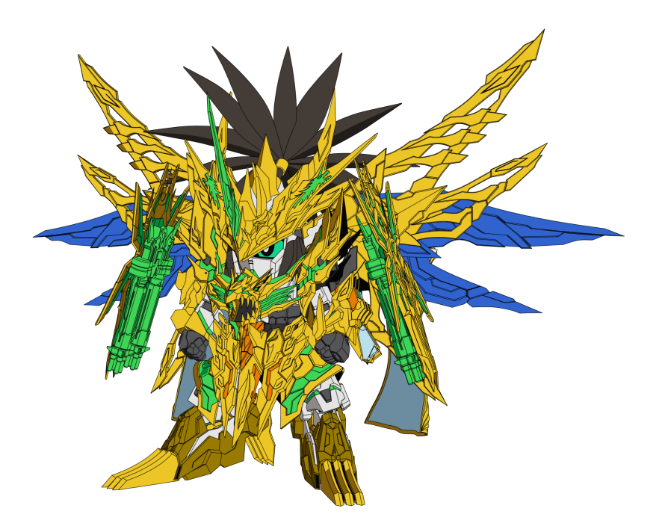 Liu Bei's new form, which appears in a desperate crisis. Rather than borrowing the power of Haro, it draws out this power together with Haro, overcoming the rampaging Wukong and reviving his righteous heart.