A police special forces commander. He is cool and calm when dealing with trouble, and every day he keeps the peace in Captain City. Sergeant has weapons that only a special forces commander is permitted to use, and and carries them when handling dangerous criminals. He is knowledgeable and helpful, and when he meets Zhao Yun in the city, he becomes concerned about him. Though he has been pursuing a phantom thief for many years, his quarry always escapes, one step ahead of him. 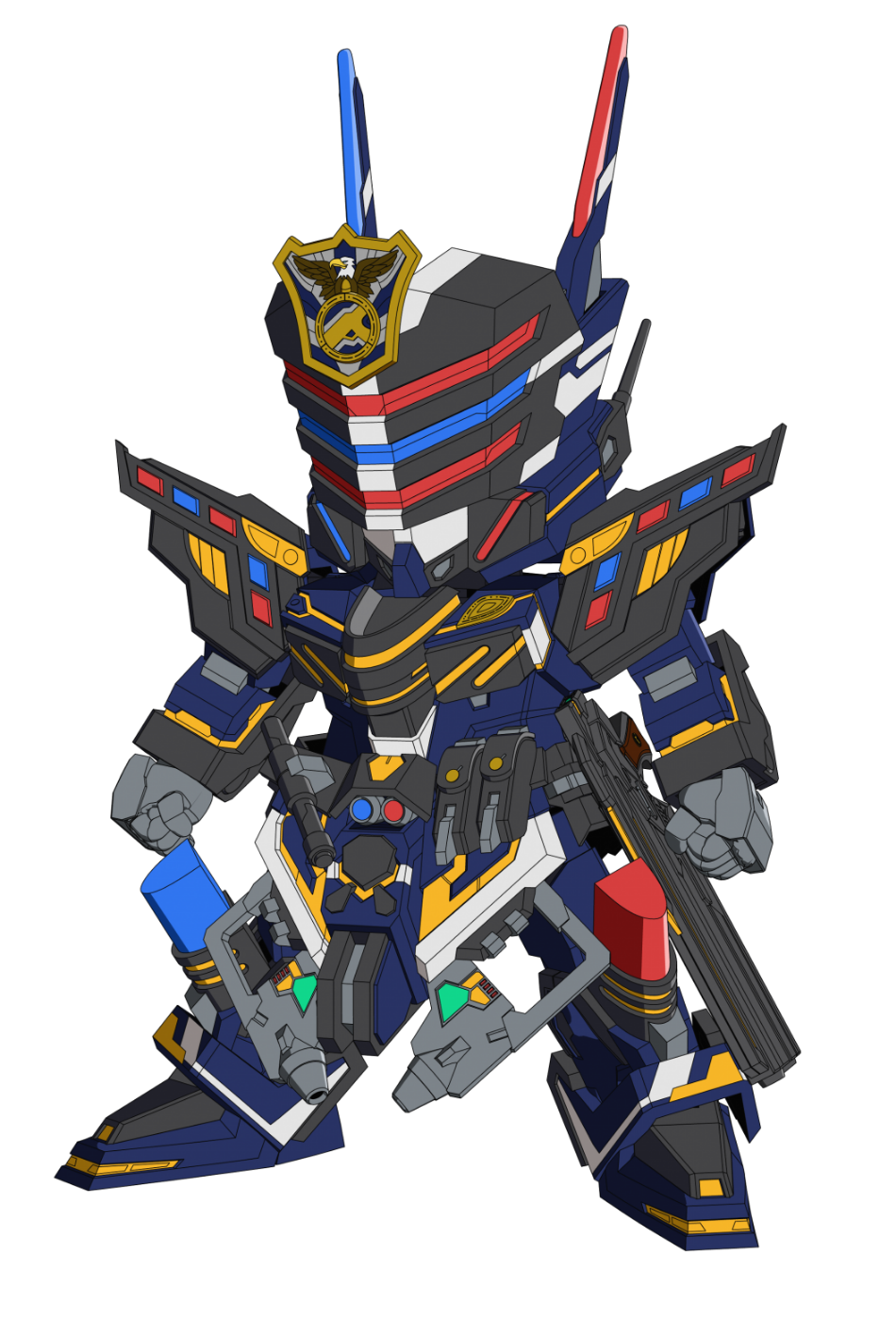 CAST：Maxwell Powers
Sergeant Verde Buster's most powerful equipment. The arms that extend from its shoulders are each equipped with machine guns and large claws, and on its shoulders is a railgun made up of two barrels. Due to this excessive firepower, Sergeant Verde Buster requires authorization from the chief of police in order to sortie with the Full Package equipment. The power of the railgun is particularly terrifying, and it is able to immobilize Wukong with one shot when he is rampaging in the city. 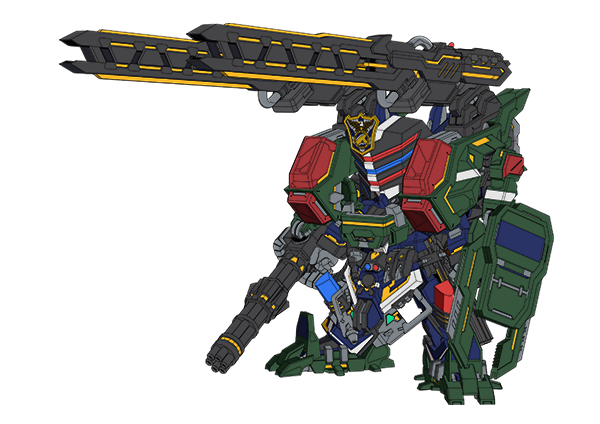